Researchers at the University of South Florida's College of Marine Science have developed a handheld sensor capable of debunking fraudulent seafood species claims, helping to ensure that consumers get what they pay for. 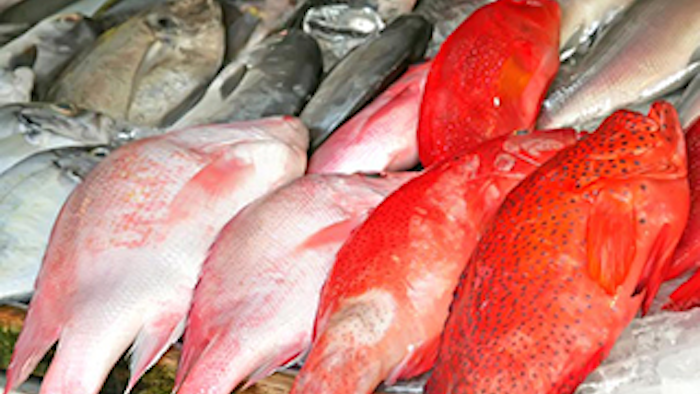 Scientists at the University of South Florida's College of Marine Science have developed a handheld sensor capable of debunking fraudulent seafood species claims, helping to ensure that consumers are get what they pay for. It's estimated that up to 30 percent of the seafood entering the U.S. is fraudulently mislabeled, bilking U.S. fishermen, the U.S. seafood industry, and American consumers for an estimated $20-25 billion annually. Passing off other fish as grouper is one of the rackets this sensor aims to stop.

The paper describing the new technology and its application appears in a newly-published issue of Food Control, which is now available online.

"Is it grouper?" The QuadPyre RT-NASBA, gives this question a thumbs up or thumbs down rapidly, inexpensively and on-site-aboard ship, dockside, in warehouses or in restaurants. The instrument assays seafood samples using real-time nucleic acid sequence-based amplification (RT-NASBA). The handheld instrument that purifies and identifies the sample's RNA is a portable version of the lab-based benchtop model previously developed.

"Using the hand-held device, a complete field assay, potentially carried out at the point of purchase, requires fewer than 45 minutes for completion and can be performed entirely outside of the lab," says paper co-author and biological oceanographer John Paul, Distinguished University Professor at the USF College of Marine Science. "Some past assay procedures could take hours, even days to identify samples."

According to the paper's lead author and College of Marine Science graduate, Robert Ulrich, fraud involving grouper is prevalent locally because it is the third most economically valuable seafood product in Florida and there are commercial quotas on grouper catches. The task of identifying true grouper does get complicated because the U.S. Food and Drug Administration allows 64 species of fish to be labeled as "grouper."

"The demand for grouper in the U.S. is so strong that it cannot be met by the harvesting of domestic species alone," says Ulrich. "In 2012, over 4,000 metric tons of foreign grouper, worth $33.5 million, were imported into the U.S. This mass quantity of imported grouper creates opportunities for fraud, which can lead consumers to pay more for lesser valued seafood species and may allow importers to avoid paying tariffs."

The scientists believe that the portable QuadPyre version of RT-NASBA is accurate enough to detect grouper substitution on cooked fish at the point of restaurant service, even when the samples are masked by breading or sauces, an improvement over other techniques that have been unreliable in such cases.

The technology is being commercialized by a USF spinoff company called PureMolecular, LLC under the name GrouperChek (trademark pending). Assays for other commercially important seafood species are being developed. Assays already exist for non- seafood problematic species such as Karenia brevis (red tide-causing organism), noroviruses and enteroviruses.

"Federal and State governments are behind the need to protect U.S. seafood consumers," explains Paul. "A bill on seafood safety was recently introduced in the U.S. Congress and work on similar bills is in process in Maryland and Massachusetts. In addition, a multi-agency Presidential Task Force was established in 2014 and has made recommendations to the White House regarding the development of forensics technology for seafood identification."

The College of Marine scientists who developed the QuadPyre RT-NASBA hope that its use will help ensure those charged with seafood purchasing and seafood commerce regulation can begin to close the inspection gaps and better combat seafood mislabeling fraud.

About
The University of South Florida is a high-impact, global research university dedicated to student success. USF is a Top 50 research university among both public and private institutions nationwide in total research expenditures, according to the National Science Foundation. Serving nearly 48,000 students, the USF System has an annual budget of $1.5 billion and an annual economic impact of $4.4 billion. USF is a member of the American Athletic Conference.