The CEO of Bob Evans Farms Inc. is stepping down by mutual agreement after more than eight years in the post as the restaurant operator works on improving its performance. Steve Davis is also giving up his position as a board member. 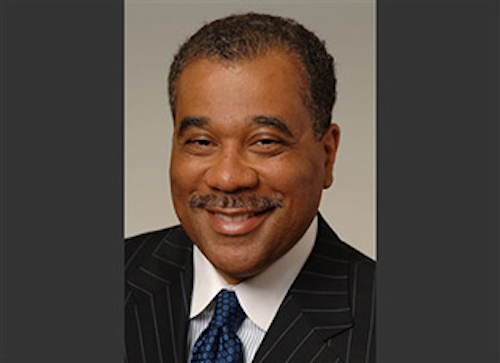 NEW ALBANY, Ohio (AP) — The CEO of Bob Evans Farms Inc. is stepping down by mutual agreement after more than eight years in the post as the restaurant operator works on improving its performance.

Steve Davis is also giving up his position as a board member.

Bob Evans Farms said that it has created an interim Office of the CEO while it looks for a permanent replacement as CEO. It named Chief Financial Officer Mark Hood and Mike Townsley, president of the Bob Evans Foods division, to the office.

The office is meant to provide ongoing leadership and oversight of the day-to-day operations of the company while the CEO search is performed. Both Hood and Townsley will remain in their current roles while taking on their new responsibilities.

"The independent directors unanimously concluded that as the company strives to improve performance, it would benefit from new leadership and enhanced execution," Mary Kay Haben, non-executive chair, said in a statement.

Haben was elected as non-executive chair in October. She's been on the board since 2012.

Activist investor Sandell Asset Management Corp. has been pushing for changes at Bob Evans for some time, suggesting the company sell or spin off its food products business, among other changes.

Sandell Asset Management CEO Tom Sandell said in a statement that the firm was pleased that Bob Evans Farms agreed with them that a management change was needed, and called it "another step in the right direction."

Bob Evans Farms has been working with several advisory firms to improve its productivity and cost controls. The New Albany, Ohio-based company said earlier this month that it has hired Lazard to review its strategic and financial plans.

Bob Evans Farms had 562 restaurants in 19 states mostly in the Midwest, mid-Atlantic and Southeast at end of its fiscal second quarter. Its shares rose $1.65, or 3.3 percent, to $52.16 in afternoon trading. The stock has been up a fraction of a point over the past year through Friday's close.