Kellogg Co. on Tuesday reported first-quarter earnings of $227 million, down 44 percent from last year amid sales declines and the effect of the strong dollar. 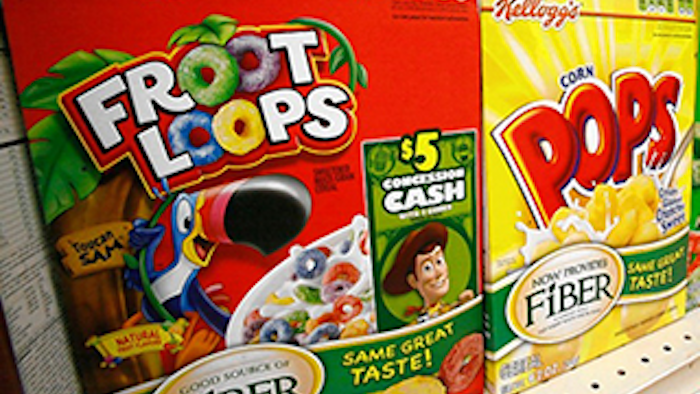 BATTLE CREEK, Mich. (AP) — Kellogg Co. (K) on Tuesday reported first-quarter earnings of $227 million, down 44 percent from last year amid sales declines and the effect of the strong dollar.

The results surpassed Wall Street expectations. The average estimate of eight analysts surveyed by Zacks Investment Research was for earnings of 92 cents per share.

The maker of Frosted Flakes, Pop Tarts and Eggo waffles saw revenue fall 5 percent to $3.56 billion from a year earlier, also exceeding Street forecasts. Five analysts surveyed by Zacks expected $3.55 billion. Adjusting for currency fluctuations and including only businesses Kellogg has been in for both years, revenue fell 0.3 percent.

The cereal business has struggled in recent years with sales declines as more people are looking for breakfast options that have more protein, fewer carbohydrates or no gluten. Additionally, the strengthening dollar and other currency swings have proven difficult for U.S. companies with significant overseas sales.

Kellogg shares have fallen 2 percent since the beginning of the year, while the Standard & Poor's 500 index has increased almost 3 percent. The stock has fallen 2 percent in the last 12 months.