Who Makes This Beer? Brands Owned by Big Brewers

With the news of Anheuser-Busch InBev's plan to buy rival SABMiller, here's a look at the world's biggest brewers and what beers they make. 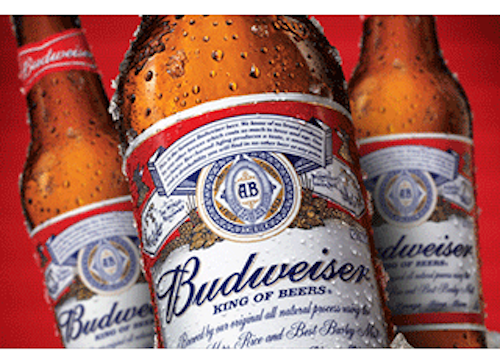 The King of Beers is expanding its kingdom: Anheuser Busch InBev, the company behind Budweiser, said Tuesday that it plans to buy rival SABMiller for $106 billion, bringing together the world's two largest beer makers. Combining the two will shake up the global beer market, giving the company control of a third of the market.

The move comes as drinkers increasingly prefer to guzzle beer from small craft brewers instead of giant companies. Sales of craft beer made up 11 percent of the U.S. beer market last year, up from 7.8 percent in 2013, according to the Brewers Association.

Here's a look at the world's biggest brewers and what beers they make:

Size: World's largest brewer. According to Euromonitor, AB InBev has a 21 percent share of the global beer market. The company makes almost half the beer sold in the U.S.

History: The company traces its lineage to a brewery in Belgium in 1366. In 2004, Belgian Interbrew combined with Brazilian Ambev to make InBev, and in 2008 InBev bought U.S.-based Anheuser Busch. The company later acquired Mexico's Grupo Modelo, but sold Modelo's U.S. business.

History: South African Breweries bought Miller Brewing Co. of Milwaukee, Wisconsin, in 2002. SABMiller sells beers including Miller Lite, Coors Light and Blue Moon in the U.S. and Puerto Rico through a joint venture with Molson Coors. A joint venture with China Resource Enterprises sells Snow, a beer that is only sold in China and is the biggest-selling single brand of beer.

Size: About 9 percent share of the global beer market.

History: Founded in 1864 in the Netherlands. Teamed with Carlsberg to buy UK-based Scottish & Newcastle in 2008, keeping the company's cider and beer business.

History: The Danish company was founded in 1826 and combined with competitor Tuborg in 1970. Carlsberg acquired Orkla of Norway in 2004, expanding its business in Russia, Scandinavia and the Baltic countries, and built on those moves with its part of the Scottish & Newcastle deal.

History: Founded in 1903 and started exporting beer in 1954. The Chinese state-owned company says its beer is the number one consumer product exported from China.