With food waste as a growing problem in the U.S., a new study looked at ways to get kids in school to eat more produce. The researchers found that by switching the recess hour to before lunch, kids consumed up to 54 percent more fruits and vegetables. 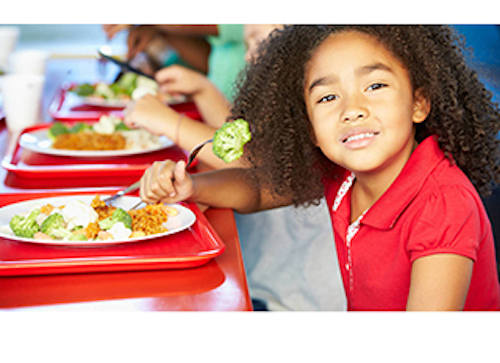 Because of a federal rule, kids throw away millions of dollars of fruits and vegetables every single day at school.

But a new study shows a simple, no-cost trick that should leave federal policy makers saying, "Why didn't I think of that?"

When recess takes place before kids sit down to eat - instead of after - fruit and vegetable consumption increases by 54%.

"Recess is a pretty big deal for most kids. If you have kids chose between playing and eating their veggies, the time spent playing is going to win most of the time," said Joe Price, an economics professor at Brigham Young University. "You just don't want to set the opportunity cost of good behaviors too high."

Price is the lead study author and collaborated with Cornell's David Just for the paper inPreventive Medicine. Their sample involved seven schools in a Utah school district (grades 1-6). Half of the children in the sample qualified for free or reduced price school lunch.

Three of the schools switched recess to before lunch while four schools continued to hold recess after lunch. For four days in spring and nine days in the fall, researchers measured fruit and vegetable waste by standing next to the trash cans and recording the number of servings of fruits and vegetables that each student consumed or threw away. They also measured whether or not each student ate at least one serving of fruits or vegetables.

Not getting a full, balanced meal can leave children feeling hungry during the rest of the school day leading to decreased academic performance and excessive snacking when they get home from school.

The researchers note that, "increased fruit and vegetable consumption in young children can have positive long term health effects. Additionally, decreasing waste of fruits and vegetables is important for schools and districts that are faced with high costs of offering healthier food choices."

Because moving recess is a no-cost way to make kids healthier and make the school meal program more successful, Price and Just recommend that every school makes the switch.