Just as chocolate connoisseurs thought it couldn't get any better, there's this tasty new tidbit: researchers have found a way to make the treat even more nutritious — and sweeter. 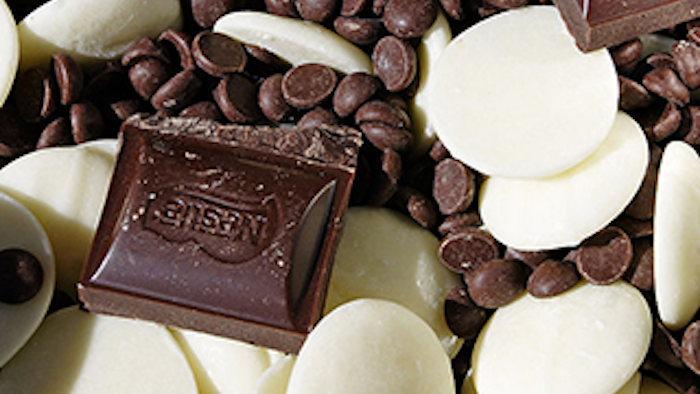 Chocolate has many health benefits — it can potentially lower blood pressure and cholesterol and reduce stroke risk. But just as connoisseurs thought it couldn't get any better, there's this tasty new tidbit: researchers have found a way to make the treat even more nutritious — and sweeter.

They will describe their research here today at the 249thNational Meeting & Exposition of the American Chemical Society (ACS), the world's largest scientific society. The meeting features nearly 11,000 reports on new advances in science and other topics. It is being held through Thursday.

Cocoa undergoes several steps before it takes shape as a candy bar. Workers cut down pods from cocoa trees, then split open the pods to remove the white or purple cocoa beans. They are fermented in banana-lined baskets for a few days and then set out to dry in the sun. Roasting, the next step, brings out the flavor. But some of the healthful polyphenols (antioxidants) are lost during the roasting process, so the researchers wanted to figure out a way to retain as much of the polyphenols and good flavors as possible.

"We decided to add a pod-storage step before the beans were even fermented to see whether that would have an effect on the polyphenol content," says Emmanuel Ohene Afoakwa, who is at the Univ. of Ghana. "This is not traditionally done, and this is what makes our research fundamentally different. It's also not known how roasting affects polyphenol content."

Afoakwa's team divided 300 pods into four groups that were either not stored at all or stored for three, seven or 10 days before processing. This technique is called "pulp preconditioning." After each storage period passed, fermentation and drying were done as usual. He reports that the seven-day storage resulted in the highest antioxidant activity after roasting.

To assess the effects of roasting, the researchers took samples from each of the storage groups and roasted them at the same temperature for different times. The current process is to roast the beans for 10-20 minutes at 248-266 degrees Fahrenheit, he explains. Afoakwa's team adjusted this to 45 minutes at 242 degrees Fahrenheit and discovered that this slower roasting at a lower temperature increased the antioxidant activity compared to beans roasted with the conventional method.

In addition, the beans that were stored and then roasted for 45 minutes had more polyphenols and higher antioxidant activity than beans whose pods were not stored prior to fermentation, says Afoakwa. He explains that pulp preconditioning likely allowed the sweet pulp surrounding the beans inside the pod to alter the biochemical and physical constituents of the beans before the fermentation. "This aided the fermentation processes and enhanced antioxidant capacity of the beans, as well as the flavor," he says. He adds that the new technique would be particularly useful for countries in Southeast Asia and Latin America where cocoa beans produce a chocolate with a less intense chocolate flavor and have reduced antioxidant activity.

Looking to the future, he says the team will be studying in more detail the effects of roasting on the flavor of freshly picked compared to stored cocoa beans. They will be testing different temperatures and roasting and storing times to determine if even higher amounts of antioxidants can be retained through the process.

The researchers acknowledge funding from the Belgium Government under the VLIR TEAM Cocoa Project between Ghent Univ. and the Univ. of Ghana.