State: Skim Milk With No Added Vitamins is 'Imitation'

The Ocheesee Creamery in the Florida Panhandle produces all-natural skim milk from grass-fed cows with absolutely nothing added, yet the state says they have to call it "imitation." 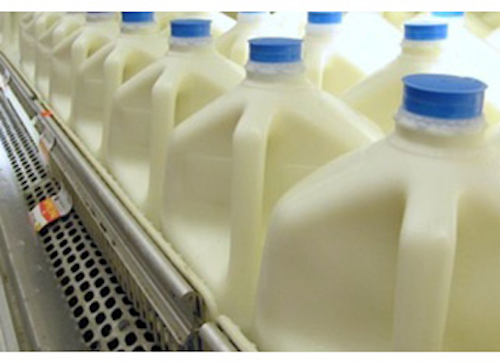 TALLAHASSEE, Fla. (AP) — The Ocheesee Creamery in the Florida Panhandle produces all-natural skim milk from grass-fed cows with absolutely nothing added, yet the state says they have to call it "imitation."

And while they argue about it, the dairy is dumping hundreds of gallons of skim milk down the drain each week.

Creamery owners Paul and Mary Lou Wesselhoeft were in federal court Wednesday as part of their nearly three-year-old battle with the Florida Department of Agriculture and Consumer Services, which argues that skim milk can't be sold as skim milk unless vitamins are added to it.

But that goes against the all-natural philosophy at the creamery located about 50 miles west of the state capital.

"Our customers want an all-natural product. If we call it imitation, they will not buy our product," Mary Lou Wesselhoeft said after the court hearing. "To me it's degrading and a slap in the face because it's pure, unadulterated skim milk."

Webster's dictionary defines skim milk as simply "milk from which cream has been removed," with no mention of added vitamins. But Department lawyer Ashley Davis told a judge consumers expect whole milk and skim milk to have the same nutritional value and that the Wesselhoefts' skim milk is nutritionally inferior because vitamins are removed when the milk fat is removed.

Judge Robert Hinkle said he's not so sure consumers expect skim milk to have the same nutritional value as whole milk.

"You know something's been removed in order to make it skim milk," he said.

Hinkle also seemed to have problems with the word imitation.

"It's hard to call this imitation milk. It came right out of the cow," Hinkle said. "Anyone who reads imitation skim milk would think it didn't come out of a cow."

The creamery needs to remove the milk fat to produce cream and butter, and skim milk is the result. Some people, especially those on low-cholesterol diets, prefer skim milk because it has little fat. When the couple bought the dairy six years ago, the state tested the product for fat content, Paul Wesselhoeft said.

"They told us we had to call it skim milk," he said. Then three years later they ordered them to stop selling the skim milk unless they labeled it imitation.

And that's hurt the couple's business plan. The dairy was selling 200 to 300 gallons of skim milk a week at $5 a gallon before the state ordered them to relabel it or stop selling it.

The Institute for Justice is suing the state on behalf of the couple.

"The creamery sold its skim milk for three years without anyone being confused or harmed," said lawyer Justin Pearson.

Both sides asked Hinkle to rule on the case before a trial, currently scheduled for November. Hinkle has not decided whether to do so.

Davis and other lawyers representing the state refused to comment after the hearing.