A central figure in the public dispute between Jack Daniel's and George Dickel distilleries over the legal definition of Tennessee whiskey is leaving to head up a brand named after a legendary moonshiner. 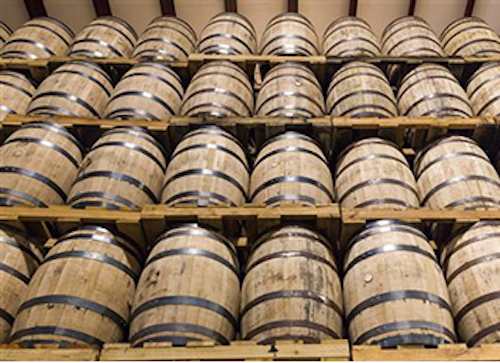 NASHVILLE, Tenn. (AP) — A central figure in the public dispute between Jack Daniel's and George Dickel distilleries over the legal definition of Tennessee whiskey is leaving to head up a brand named after a legendary moonshiner.

Popcorn Sutton Distilling announced Monday it has hired John Lunn as its master distiller. He had held the same role at George Dickel Tennessee Whiskey since 2005.

"Not only has he spent the last ten years perfecting his craft, but his passion for authenticity and quality is the perfect match for the Popcorn Sutton brand," said Megan Kvamme, the Newport, Tennessee-based distiller's CEO.

Dickel is owned by British conglomerate Diageo PLC, which has led a heated legislative fight seeking to overturn the state's newly established legal definition for Tennessee whiskey. The 2013 law was enacted at the behest of Jack Daniel's, which is owned by global rival Brown-Forman Corp. of Louisville, Kentucky.

Those rules codified what is known as the "Lincoln County Process," which requires whiskey to be filtered through sugar maple charcoal before being aged in unused charred barrels made out of American white oak. Whiskey is clear when it goes into the barrel. It's during the aging process that it acquires its distinctive color and flavors.

Dickel's owners say they conform with the traditional methods laid out in the state law, but they have cited several reasons for challenging the statute. They include that a potential shortage of new American oak barrels could threaten production and that future products made by Dickel and the growing number of craft distillers in the state shouldn't be bound by law to follow the old ways.

Jack Daniel's master distiller Jeff Arnett, who has been Lunn's frequent sparring partner in legislative hearings, has argued that employing used barrels could lead some distillers to be tempted to use artificial colors and flavoring agents. That would hurt the overall image of Tennessee whiskey worldwide, he said.

State lawmakers last year punted on Diageo's call to repeal the Tennessee whiskey law, and the issue has yet to resurface during this year's legislative session.

Lunn's new employer is named after Marvin "Popcorn" Sutton, who committed suicide in 2009 as he was about to begin an 18-month prison sentence. He had pleaded guilty to federal charges of illegally producing distilled spirits and being a felon in possession of a handgun.

Known for his long gray beard and faded overalls, Sutton was the author the autobiographical book "Me and My Likker" and recorded videos on how to make moonshine.

The Popcorn Sutton brand of white whiskey began production after the death of its namesake, and has also had legal run-ins with Jack Daniel's after deciding to start shipping the product in square-shaped bottles instead of in Mason jars.

The lawsuit was settled last year. Terms were not disclosed.