Who doesn't love walking into a restaurant and getting a whiff of char-grilled burgers cooking? Unless you're a vegetarian, pretty much everyone. Now, Burger King Japan is taking it to a whole new level with its Eau De Whopper. 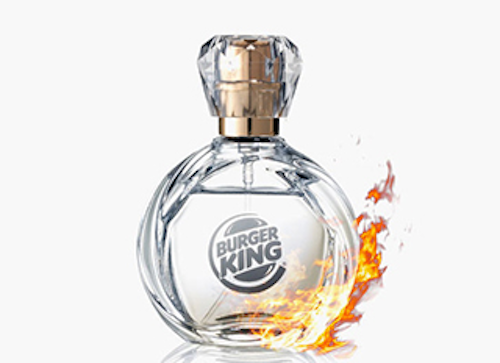 Who doesn't love walking into a restaurant and getting a whiff of char-grilled burgers cooking? Unless you're a vegetarian, pretty much everyone.

Now, Burger King Japan is taking it to a whole new level with its Eau De Whopper.

That's right, if you live in Japan and have ever wanted to smell of a hamburger, the fast-food giant has the perfect scent for you: The "Flame-Grilled" fragrance.

The eau de burger can be purchased for 5,000 yen (approximately $40) , which also comes with a bonus Whopper.

According to Food Beast, Burger King's strange new introduction is in celebration of Japan's Whopper Day, which just so happens to fall on April 1. But the company says it is no April Fool's joke; it's the real deal!

If you're hoping to get your hands on one of these burger-scented bottles of perfume, you need to act quick, because they will only be sold on April 1 and only 1,000 will be available.