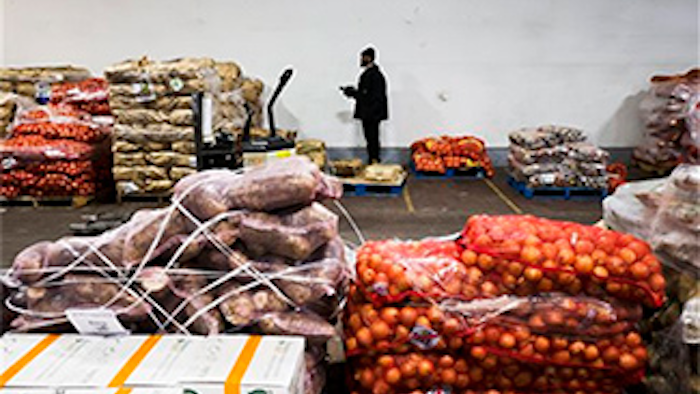 The Labor Department said Wednesday that the producer price index, which tracks prices before they reach consumers, rose 0.2 percent in January. That followed a 0.1 percent increase in December and a flat reading in November. In the past year, producer prices have risen just 1.2 percent, below the Federal Reserve's preferred target rate.

Excluding the cost of food, energy and markups by wholesalers and retailers, so-called core prices ticked up just 0.1 percent.

Producer prices remain "rather modest, a sign that underlying inflationary pressures are very modest," Annalisa Piazza, an analyst at Newedge Strategy, said in a note to clients.

January's producer prices are the first to be compiled since the government revamped its index to make it more comprehensive. Producer prices now include services and construction. Before last month, the index tracked only goods.

That change has doubled the producer price index's coverage to include 75 percent of the economy. It is the government's first revamp of the index in 35 years.

Inflation has declined in the past two years, posing a challenge for Fed policymakers. During 2013, the producer price index rose just 1.1 percent after rising 1.4 percent in 2012. Both figures are far below the Fed's 2 percent target.

Businesses have struggled to raise prices because of a tight job market and meager wage growth. Consumers have found it hard to pay more or demand higher wages.

The Fed is now trying to unwind some of that stimulus. It cut its monthly bond purchases to $65 billion this month, from $75 billion in January and $85 billion last year. The bond purchases are intended to keep long-term interest rates low to encourage borrowing and spending.

But Fed policymakers have expressed concern about the persistence of low inflation. If inflation remains below its target, the Fed could extend its stimulus efforts.