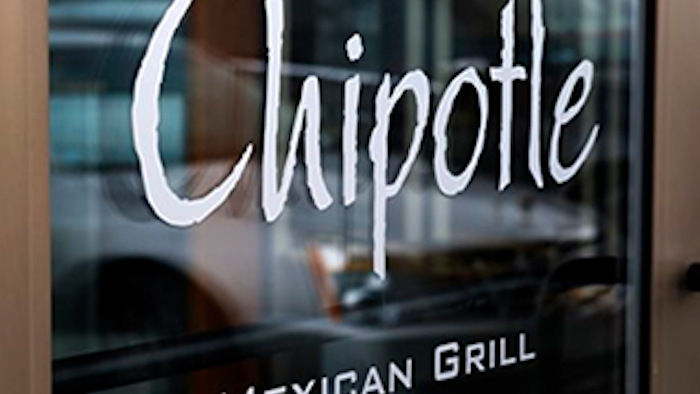 The Mexican food chain said earlier this month that it plans to start charging more for its burritos, bowls and tacos in coming weeks as it faces rising costs for ingredients. On Tuesday, Chief Financial Officer Jack Hartung noted that the chain doesn't currently charge a whole lot more for its steak filling, even though beef costs have climbed considerably.

"There's a very narrow gap between our steak burrito and our chicken burrito. We're going to widen that," Hartung said at the Barclays Retail and Consumer Discretionary Conference in New York City. "We're going to allow our customers to choose whether they want to pay the higher price of steak."

He did not specify how much more prices would rise for steak than for chicken.

Fast-food and restaurant chains are facing rising costs for beef, given the reductions in U.S. cattle inventory in recent years. In April, Hartung said Chipotle's beef prices were up 25 percent compared with the prices it was paying in the fourth quarter of last year.

Chipotle, which has more than 1,600 locations, isn't the only one encouraging customers to switch to chicken as the cost of beef climbs. Burger King's head of North American operations, Alex Macedo, has also noted that the chain has been able to maintain its profitability in part by marketing chicken items more aggressively.

This week, Miami-based Burger King is bringing back its popular "Subservient Chicken" advertising campaign from a decade ago to promote a chicken version of its Big King sandwich.

Even if Chipotle Mexican Grill's higher prices for steak push customers to trade down to chicken or other options, Hartung noted that those alternatives are more profitable for the company because the ingredients don't cost as much.

Exactly how much of a price increase customers see at Chipotle in coming weeks will depend on where they live. The company has said the price hike should be in place by this summer.