Lawyers involved in lawsuits against a Colorado farm identified as the source of a deadly listeria outbreak last fall said Monday they were close to a settlement in the case. 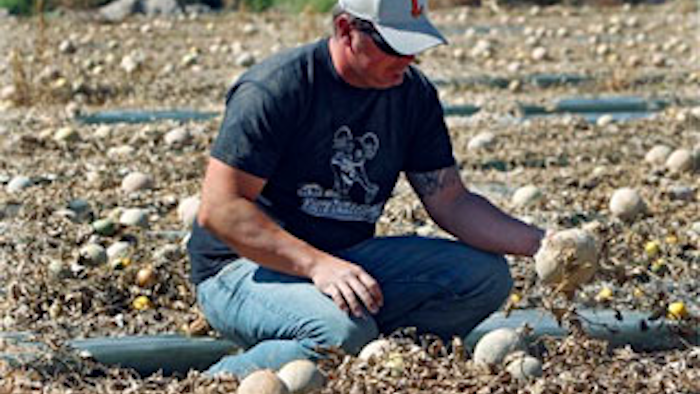 DENVER (AP) — Lawyers involved in lawsuits against a Colorado farm identified as the source of a deadly listeria outbreak last fall said Monday they were close to a settlement in the case.

The lawsuits were filed by people who were sickened or who had a family member die after the nationwide outbreak involving cantaloupes killed 30 people.

Attorneys for both sides said the deal could be finalized by fall.

"I would say we are very close," said Jim Markus, an attorney for defendant Jensen Farms in Holly, Colo.

Bill Marler, a lawyer for 39 of the plaintiffs, said the settlement also could include a company that manufactures and imports food-processing equipment and a firm that did a safety audit of the farm.

The possible settlement currently being discussed would set up a victims' fund of roughly $4 million, including $2 million from Jensen Farms' insurer, Marler said. The remainder would come from the insurers of the equipment company and the safety auditor, he said.

The plaintiffs might also pursue claims against others involved in the distribution and sale of the cantaloupes, he said.

"There's frankly plenty of responsibility to go around," he said. "The chain of distribution from the farm to the retailer bears responsibility for producing and selling that food."

Marler said at least seven other lawsuits have been filed by other attorneys or victims representing themselves.

The federal Centers for Disease Control and Prevention said in December that 30 people died, 146 people were sickened, and one woman suffered a miscarriage. Marler believes 36 deaths can be attributed to the outbreak.

CDC spokeswoman Lola Russell said the agency is standing by the death toll of 30, but it could be revised if more evidence is presented.

The federal Food and Drug Administration has said dirty water on a floor, and old, hard-to-clean equipment probably were to blame for the outbreak.

It was the deadliest outbreak of foodborne illness in 25 years. The CDC said cases were reported in 28 states.

Jensen Farms filed for Chapter 11 bankruptcy protection in May, and listeria lawsuits against the company cannot go forward until the bankruptcy judge clears the way, Marler said.

"I'd like it done sooner than later," said Tammie Palmer of Colorado Springs, whose 71-year-old husband, Charles, was diagnosed with listeria after eating cantaloupe last fall.

The Palmers are suing Jensen Farms and are represented by Marler.

"My husband's not getting any better," she said. "Will he ever recover from it? I doubt it."

The plaintiffs in Marler's case allege that Pepper Equipment Corp. of Montrose, Colo., modified and then installed used equipment for Jensen Farms.

John Grund, an attorney for Pepper, confirmed that settlement talks are under way but declined to say how much the company's insurer might contribute.

Grund said the company denies any responsibility for the outbreak but explained a settlement would be "the sensible way to go."

Eric Jensen, co-owner of Jensen Farms, declined to comment on whether Jensen Farms was responsible for the outbreak.

He said the farm didn't plant any crops this year because of its finances. He hopes that once the bankruptcy and lawsuits are settled, he can resume farming, possibly growing cantaloupes again.

"It's going to take time to get through all of this," he said. "Have to take a look at what we have left and figure it out from there."

Marler said the projected $4 million settlement fund isn't enough to fairly compensate the victims. He said his clients have amassed a total of nearly $8 million in medical bills, and they deserve more for pain and suffering and for future medical bills.