The Food and Drug Administration says its new guidelines would make the food Americans eat safer and help prevent the kinds of foodborne disease outbreaks that sicken or kill thousands of consumers each year. The long-overdue regulations could cost businesses close to half a billion dollars a year to implement, but are expected to reduce the estimated 3,000 deaths a year from foodborne illness. 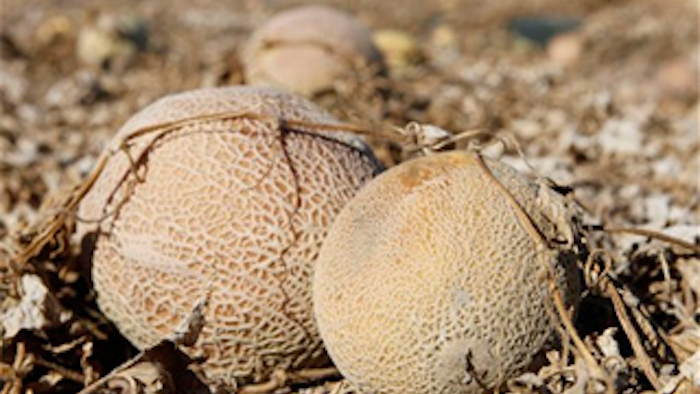 WASHINGTON (AP) — The Food and Drug Administration says its new guidelines would make the food Americans eat safer and help prevent the kinds of foodborne disease outbreaks that sicken or kill thousands of consumers each year.

The rules, the most sweeping food safety guidelines in decades, would require farmers to take new precautions against contamination, to include making sure workers' hands are washed, irrigation water is clean, and that animals stay out of fields. Food manufacturers will have to submit food safety plans to the government to show they are keeping their operations clean.

The long-overdue regulations could cost businesses close to half a billion dollars a year to implement, but are expected to reduce the estimated 3,000 deaths a year from foodborne illness. The new guidelines were announced Friday.

Just since last summer, outbreaks of listeria in cheese and salmonella in peanut butter, mangoes and cantaloupe have been linked to more than 400 illnesses and as many as seven deaths, according to the federal Centers for Disease Control and Prevention. The actual number of those sickened is likely much higher.

Many responsible food companies and farmers are already following the steps that the FDA would now require them to take. But officials say the requirements could have saved lives and prevented illnesses in several of the large-scale outbreaks that have hit the country in recent years.

In a 2011 outbreak of listeria in cantaloupe that claimed 33 lives, for example, FDA inspectors found pools of dirty water on the floor and old, dirty processing equipment at Jensen Farms in Colorado where the cantaloupes were grown. In a peanut butter outbreak this year linked to 42 salmonella illnesses, inspectors found samples of salmonella throughout Sunland Inc.'s peanut processing plant in New Mexico and multiple obvious safety problems, such as birds flying over uncovered trailers of peanuts and employees not washing their hands.

Under the new rules, companies would have to lay out plans for preventing those sorts of problems, monitor their own progress and explain to the FDA how they would correct them.

"The rules go very directly to preventing the types of outbreaks we have seen," said Michael Taylor, FDA's deputy commissioner for foods.

The FDA estimates the new rules could prevent almost 2 million illnesses annually, but it could be several years before the rules are actually preventing outbreaks. Taylor said it could take the agency another year to craft the rules after a four-month comment period, and farms would have at least two years to comply — meaning the farm rules are at least three years away from taking effect. Smaller farms would have even longer to comply.

The new rules, which come exactly two years to the day President Barack Obama's signed food safety legislation passed by Congress, were already delayed. The 2011 law required the agency to propose a first installment of the rules a year ago, but the Obama administration held them until after the election. Food safety advocates sued the administration to win their release.

The produce rule would mark the first time the FDA has had real authority to regulate food on farms. In an effort to stave off protests from farmers, the farm rules are tailored to apply only to certain fruits and vegetables that pose the greatest risk, like berries, melons, leafy greens and other foods that are usually eaten raw. A farm that produces green beans that will be canned and cooked, for example, would not be regulated.

Such flexibility, along with the growing realization that outbreaks are bad for business, has brought the produce industry and much of the rest of the food industry on board as Congress and FDA has worked to make food safer.

In a statement Friday, Pamela Bailey, president of the Grocery Manufacturers Association, which represents the country's biggest food companies, said the food safety law "can serve as a role model for what can be achieved when the private and public sectors work together to achieve a common goal."

The new rules could cost large farms $30,000 a year, according to the FDA. The agency did not break down the costs for individual processing plants, but said the rules could cost manufacturers up to $475 million annually.

FDA Commissioner Margaret Hamburg said the success of the rules will also depend on how much money Congress gives the chronically underfunded agency to put them in place. "Resources remain an ongoing concern," she said.

The farm and manufacturing rules are only one part of the food safety law. The bill also authorized more surprise inspections by the FDA and gave the agency additional powers to shut down food facilities. In addition, the law required stricter standards on imported foods. The agency said it will soon propose other overdue rules to ensure that importers verify overseas food is safe and to improve food safety audits overseas.

Food safety advocates frustrated over the last year as the rules stalled praised the proposed action.

"The new law should transform the FDA from an agency that tracks down outbreaks after the fact, to an agency focused on preventing food contamination in the first place," said Caroline Smith DeWaal of the Center for Science in the Public Interest.