The Italian police have seized 2,400 wheels of contaminated Parmigiano-Reggiano cheese, known around the world as the famous Parmesan, and arrested four people in the latest safety problem afflicting some of Italy's most prized foods. 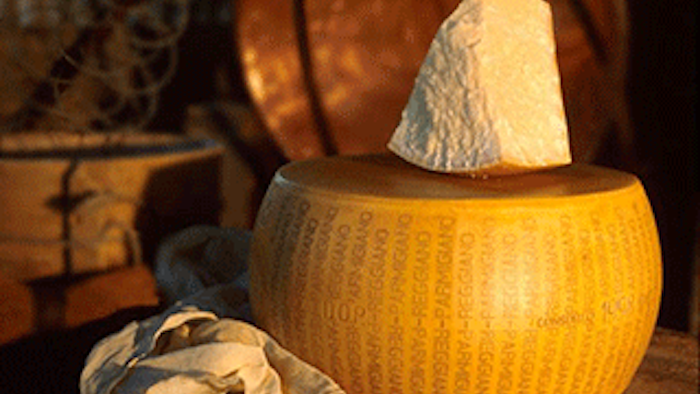 The cheese was contaminated with aflatoxin, a highly-carcinogenic toxin that can be found in corn used to feed animals, Italian news agency ANSA reported.

Italy's health ministry said in a statement Thursday the seizure showed that inspections were working to identify problems and the investigation showed "the number of cases is limited."

Popular around the world, Parmigiano-Reggiano cheese, called parmesan abroad, is a hard cheese made of raw cow's milk. Italy's Coldiretti farmers' association said the Parma region will produce about 3.25 million wheels this year.