Talks Break Down In Century-Old War Over Budweiser Name

A deal, it seems, will have to wait a bit longer because settlement talks between state-owned Budejovicky Budvar and Anheuser-Busch, a U.S. company now part of AB InBev, have collapsed, according to Budvar's director general, Jiri Bocek. 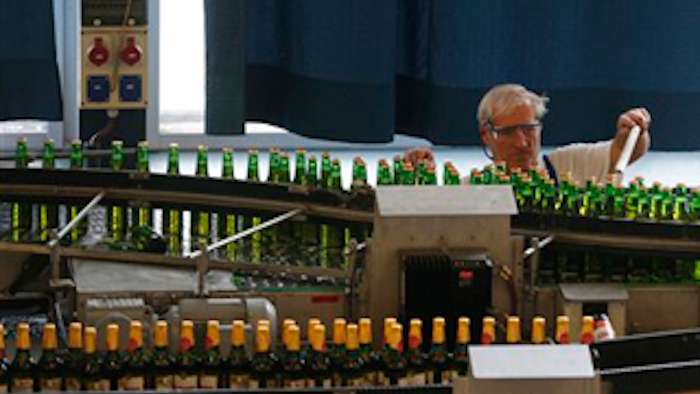 CESKE BUDEJOVICE, Czech Republic (AP) — They've been arguing about a name for 106 years. A small brewer in the Czech Republic and the world's biggest beer maker have been suing each other over the right to put the word Budweiser on their bottles in what has become a David versus Goliath corporate saga.

A deal, it seems, will have to wait a bit longer because settlement talks between state-owned Budejovicky Budvar and Anheuser-Busch, a U.S. company now part of AB InBev, have collapsed, according to Budvar's director general, Jiri Bocek.

The dispute is over exclusive rights — when only one of the companies is allowed to use the Budweiser name in any given country. As a larger company, AB InBev is particularly keen to expand its exports and market its beers under the Budweiser brand. But Budvar says that giving up its exclusive rights to the name would threaten to wipe out its own brand from the market.

Budvar recently rejected a proposal for a global settlement by AB InBev, which in turn refused a counteroffer. Bocek said negotiations on these proposals, details of which he could not provide, were over.

"Any new deal proposed by Anheuser-Busch wouldn't be working for us," he told The Associated Press in a rare interview with a major foreign news organization. AB InBev declined to comment on the details of the talks.

The brewers last agreed on a global settlement in 1939 in a pact that gave Anheuser-Busch sole rights to the name Budweiser in all American territories north of Panama. But the peace did not last long as the two companies expanded exports to new markets.

Though AB InBev is far larger than Budvar — it produces 270 times more beer — the Czech company has been punching above its weight in the legal arena. It won 88 of 124 disputes between 2000 and 2011 and holds exclusive rights in 68 countries, mostly in Europe, preventing AB Inbev from entering some key markets such as Germany with the Budweiser brand.

When the companies do not have exclusive rights to the Budweiser brand in a country, they resort to using slightly altered names. AB Inbev sells its Budweiser as Bud in many European countries. Budvar sells its lager as Czechvar in the U.S.

One of the issues, Bocek said, is that AB Inbev is not satisfied with sharing the brand name.

"Their goal is to gain exclusivity for their Budweiser all around the world," said Bocek, who as head of Budvar for the past 21 years has raised the heat on the larger rival.

Co-existence is possible, however. In fact, the two companies already share the Budweiser name in one country, Britain.

Both brewers were granted the right to use the name in 2000 after a British court ruled that drinkers were aware of the difference between the two beers. An appeals court this summer rejected AB InBev's request to have Budvar's trademark declared invalid.

AB InBev is not happy with the situation.

"Our concern is that coexistence on the U.K. market with the Budweiser brand will lead to consumer confusion," said Karen Couck, the spokeswoman for AB Inbev. "We want to make sure that when our customers order a Budweiser that they receive the clean, crisp taste of the global brand we have created."

Budvar has "a full bodied taste" while "AB's Budweiser has little taste, or in the words of AB InBev, a clean taste," said Loe. "Customers know which beer is which."

The companies' claims to the Budweiser name are built on two main arguments — geography and history.

Budejovicky Budvar was founded in 1895 in the southern city of Ceske Budejovice — called Budweis at the time by the German-speaking people who formed about 40 percent of the area's population. Beer has been brewed here since 1265 and has been known for centuries as Budweiser.

Budvar argues that only beer that is brewed in this corner of the Czech Republic can be called Budweiser.

The founders of Anheuser-Busch in St. Louis used the name for their product because it was so well-known. The brewer, founded in 1852, began producing Budweiser, America's first national beer brand, in 1876 — 19 years before Budvar was founded.

The two companies have been in a legal battle since 1906. Today, the dispute is being waged through 61 suits in 11 countries.

Budvar has some leverage in the dispute in that AB InBev may be missing out on a larger bulk of sales until a settlement is found, since its operations are so much bigger. It brewed 349.8 million hectoliters last year compared with Budvar's 1.32 million hectoliters. That's the equivalent of 73.9 billion pints against 279 million pints.

"Budvar blocks the markets where AB InBev, due to its trading power, marketing and distribution potential, would likely gain significantly more," said Karel Potmesil an analyst at stock brokerage Cyrrus AS. "The dispute limits the development of the brands that the company considers the most valuable in the industry."

If the issue is frustrating AB InBev, the company is not showing it.

"The dispute has not hindered our global expansion," said Couck, the spokeswoman.

She cited figures showing AB InBev's global sales were up 3.1 percent in 2011 and 6.2 percent in the first nine months of 2012. The U.S. Budweiser is brewed in more than 15 countries and sold in more than 80 others. Its key markets are the United States, China, Canada and Britain.

Budvar holds rights for Germany and other European markets as well as 11 Asian countries, including Japan, Korea, China and Vietnam.

"It's certainly quite unpleasant for AB InBev that it cannot sell the well-known brand it has developed on some key markets, especially in Germany, which is the most important market for Budvar," said Potmesil.

Budvar is also being hurt by the legal standoff: because of the legal issues, it takes seven to 10 years for the company to enter a new market.

But Potmesil noted Budvar does not gain much by entering new markets. It has a smaller marketing budget and its beer typically costs more, which hurts sales in lower-income countries like China.

In the end, the dispute mainly provides Budvar with protection against competition from AB InBev. Against such a large rival, Bocek said, it is essential that Budvar use all the legal leverage it can. "We have a right to exist," he said.