More than a ton of illegal shark fins were seized from a vendor in San Francisco, state wildlife officials said. Michael Kwong, 42, of Kwong Yip Inc. was cited for having 2,138 pounds of the fins, which violates California's ban that went into effect in July. 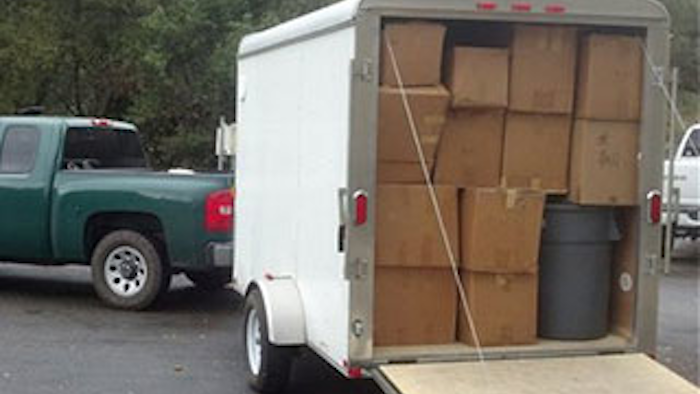 Michael Kwong, 42, of Kwong Yip Inc. was cited for having 2,138 pounds of the fins, which violates California's ban that went into effect in July, said Lt. Patrick Foy of the California Department of Fish and Wildlife.

Possessing shark fins, selling or trading them is a misdemeanor under California's law, so Foy said it will be up to a judge to determine any penalty.

Investigators were led to Kwong during an investigation of an Emeryville restaurant cited for selling shark fin soup on Jan. 27.

"We consider this an extremely egregious violation of the law," Foy said. "We will work with San Francisco's district attorney and push the case forward."

A message left for Kwong at his business was not returned.

Kwong has been an outspoken opponent of the state's ban, and he was a member of a Chinese-American group that sued to challenge its constitutionality, Foy said.

Conservation groups have estimated that 73 million sharks are killed each year globally for their fins, which are often cut from live animals.

"California's shark fin ban is critical to ending the cruel practice of shark finning, and to protecting sharks and ocean ecosystems for future generations," Jennifer Fearing of the Humane Society of the U.S. said in a statement. "This important bust by California's 'thin green line' sends a strong message that breaking California's animal protection laws has consequences."

Kwong insisted that the fins be kept refrigerated during the investigation, in the hopes that he would get them back, Foy said.

Delaware, Hawaii, Illinois, Maryland, New York, Oregon and Washington also have state bans on the possession or sale of shark fins, according to the Humane Society.