Maple Season Off to Slow Start in Mass.

Despite being well into March, temperatures have been too low in Massachusetts for maple sap to drip out of the trees. This winter has had more snowfall and lower temperatures than normal, and temperatures are not forecast to rise much in the next two weeks. 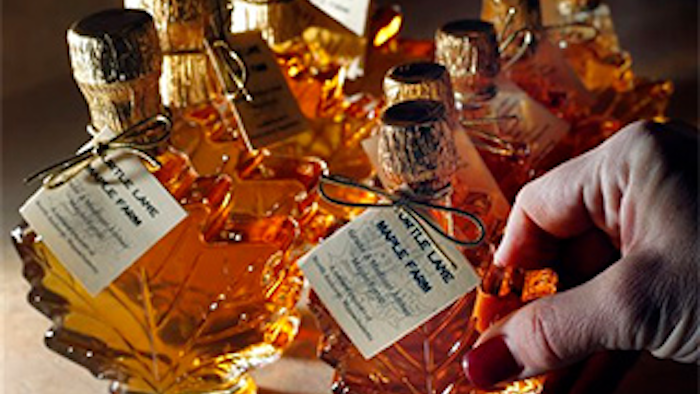 NORTH ANDOVER, Mass. (AP) — In chilly Massachusetts, maple season is off to a slow start.

Maple season starts at the end of February in a typical year. But despite being well into March, temperatures have been too low for the sap to drip out.

This winter has had more snowfall and lower temperatures than normal, and temperatures are not forecast to rise much over the next two weeks, said Bill Simpson, a spokesman for the National Weather Service.

Many farms have yet to start tapping their trees, said Winton Pitcoff, coordinator for the Massachusetts Maple Production Association. But it's too soon to say whether the late start will affect the overall maple season, which ends in April, Pitcoff said.

"We could still have a very good season," Pitcoff said. "There have been many seasons where it didn't start until late into March."

But drastically fluctuating weather would be bad news, he said. A gradual warm-up is best for maple sugar production, he said.

Other states are struggling, too. The cold weather has pushed back the start of the season in neighboring Connecticut, New Hampshire, New York and elsewhere.

"Mother Nature has been quite cruel to us this year," said Paul Boulanger, who owns and runs the farm.

Last year, his small farm produced 110 gallons of syrup, but he said he'll be happy with 65 gallons this year. Although he expects the season to be a disappointing one, Boulanger says, he cares more about participating in a New England tradition than in producing a lot of syrup. More than 3,600 visitors took a tour of his farm last year.