Adjusting the calcium and acidity levels could be the key to developing better-tasting, more eye-appealing and creamier reduced-fat sauces, desserts and salad dressings that could be on the market soon, according to a study supported by ConAgra Foods. 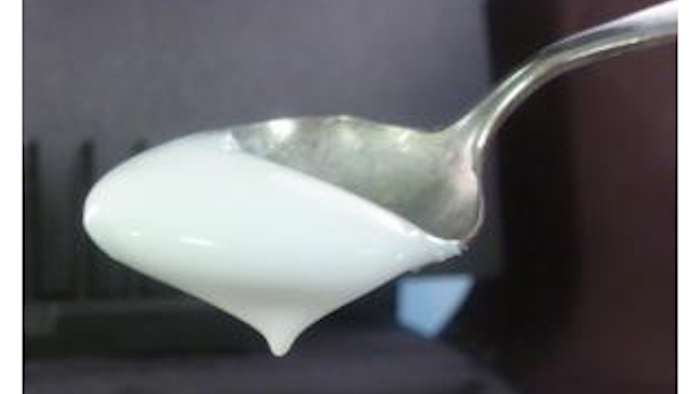 DALLAS (Newswise) — Adjusting the calcium level and acidity could be the key to developing new, better-tasting, more eye-appealing and creamier reduced-fat sauces, desserts and salad dressings that could be on the market soon, researchers reported.

To date, a major problem with removing fat from these accompaniments is that in addition to reducing calories, it can negatively affect the flavor, appearance and texture, they said. But based on recent research it may not be too long before new, improved, lower-fat foods appear in grocery stores, the researchers predicted. Their study was part of the 247th National Meeting of the American Chemical Society (ACS), the world’s largest scientific society.

The meeting, attended by thousands of scientists, features more than 10,000 reports on new advances in science and other topics. Being held at the Dallas Convention Center and area hotels, it continues through Thursday.

In the laboratory study, the team reduced the fat content and, therefore, calories in a model white sauce from 10 percent to 2 percent without sacrificing the look and feel of the food. “By controlling pH and calcium content, we are able to regulate the interactions among fat droplets,” said Bicheng Wu, a graduate student. “This makes them stick together and form flocs, or clumps. We believe the water trapped inside these flocs makes the sauce seem fattier than it really is and preserves the look, feel and flavor.”

Wu explained that fat plays various roles in determining the overall sensory attributes of food products. “It carries flavors, so cutting the fat content lessens the intensity of the flavor. The appearance, meaning the opacity or lightness, of a food mixture largely depends on light scattering by fat droplets, so high fat content gives a milky appearance to a sauce or dressing.” She also said that high fat content is also related to the thick, smooth and creamy feel in your mouth of many products, like pudding, due to the effect of fat droplets on how the liquid flows.

Yet another problem with cutting the fat content is that it doesn’t make people feel as full, said D. Julian McClements, Ph.D., who is the leader of the University of Massachusetts Amherst research team that conducted the study. “Due to the high calorie count in fat and how the body digests it, fat also affects the feeling of satiety.”

Despite the daunting task, the group has had success, according to Wu. “Often we see people reacting to the texture of our low-fat sauce sample even before they taste it,” she said. “They say, ‘Wow! No way it’s only 2 percent fat. It looks like custard! Can I try it?”’

McClements said that the team soon plans extensive taste and smell tests. “Then we will be able to adjust the composition and incorporate other seasoning ingredients into the foods,” he explained. “Since this fat reduction is easy for us now, and the fact that our new products contain healthy ingredients that can be used in a wide range of products means there’s a great potential to reach the market in the near future.”

The study was supported by ConAgra Foods.

The American Chemical Society is a nonprofit organization chartered by the U.S. Congress. With more than 161,000 members, ACS is the world’s largest scientific society and a global leader in providing access to chemistry-related research through its multiple databases, peer-reviewed journals and scientific conferences. Its main offices are in Washington, D.C., and Columbus, Ohio.