The two-Michelin-starred restaurant Noma in Copenhagen has regained the title of World's Best Restaurant. Last year's winner, Spain's El Celler de Can Roca, was bumped to second place and the Italian Osteria Francescana has been chosen the third best restaurant. 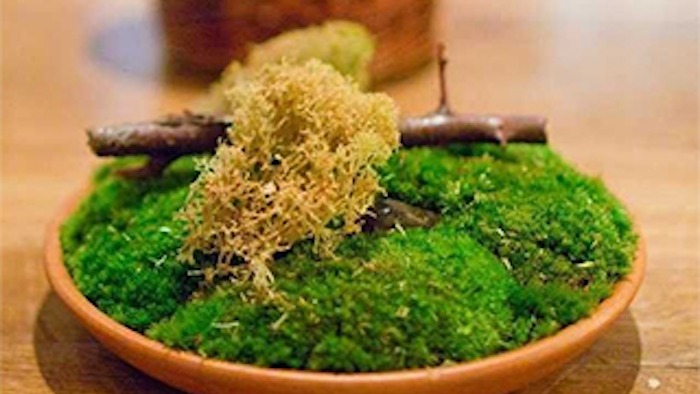 Noma's snack inside a flower vase.

The two-Michelin-starred restaurant Noma has regained the title World's Best Restaurant at London's Guildhall, where the World's 50 Best Restaurants Awards have been presented. Last year's winner, Spain's El Celler de Can Roca, was bumped to second place and the Italian Osteria Francescana has been chosen the third best restaurant.

The prestigious San Pellegrino World's 50 Best Restaurants Awards are decided by over 900 chefs, gourmands and food writers around the world who vote each year. Part of its influence is financial; 2013's winner received over 121,000 reservations in the last year. (Photo: PRNewswire)