Ky. Bourbon Makers Churn Out 5M Barrels, the Most in 37 Years

The Kentucky Distiller's Association said the state's bourbon inventory has topped 5 million barrels of whiskey for the first time since 1977. Production has soared by more than 150 percent in the last 15 years, resulting in nearly 5.3 million barrels at the end of 2013. 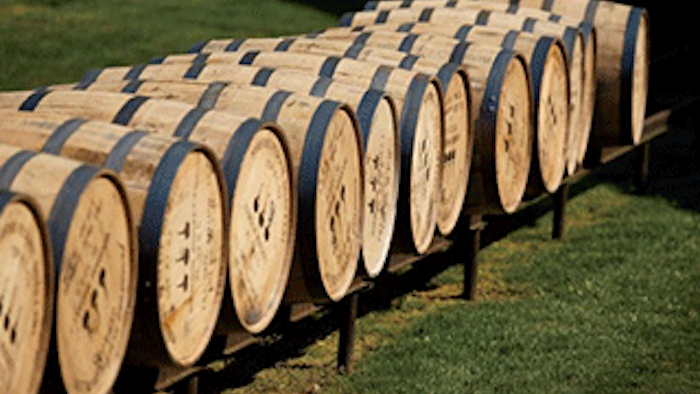 The Kentucky Distillers' Association said Tuesday the state's bourbon inventory has topped 5 million barrels for the first time since 1977.

It says Kentucky bourbon distilleries filled 1.2 million barrels last year, the most since 1970.

Production has soared by more than 150 percent in the last 15 years, resulting in nearly 5.3 million aging barrels at the end of 2013.

KDA President Eric Gregory says the surging production comes amid big financial investments by distillers that are creating jobs and attracting record numbers of tourists. Gregory says the bourbon resurgence shows no signs of slowing down.