As cereal sales in the U.S. have been sluggish for some time now, Kellogg is also dealing with problems and missteps specific to some of its most popular brands. The movement away from calorie counting in the dieting world has hurt Special K. 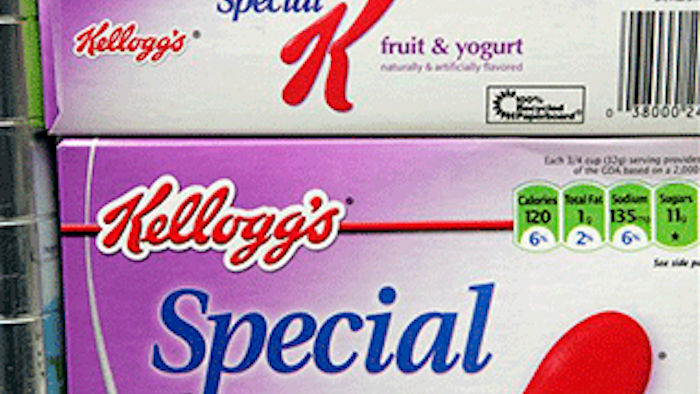 NEW YORK (AP) — Kellogg's cereal sales are struggling, in part because Special K is falling out of fashion with dieters.

The company, based in Battle Creek, Michigan, said Thursday that its profit fell 16 percent in the second quarter as its flagship cereal unit continued to suffer.

Cereal sales in the U.S. have been sluggish for some time now, given the ever-expanding number of breakfast options including Greek yogurt, egg sandwiches and even waffle tacos from fast-food chains. But Kellogg is also dealing with problems and missteps specific to some of its most popular brands. The movement away from calorie counting in the dieting world, for instance, has hurt Special K, which over the years had expanded to include everything from snack bars to crackers to frozen waffles. The main selling point for those products has traditionally been that they're relatively low in calories.

In a phone interview, Kellogg CEO John Bryant noted that people are now more interested in foods that provide nutritional benefits, rather than those that simply keep their calorie counts down. It's also why Kellogg has been getting rid of some of its 100-calorie products.

To cater to those changing tastes, Special K has already been rolling out new products, including an instant hot cereal that includes grains such as quinoa. But the efforts haven't yielded a significant impact, with the company reporting a 4.9 percent decline in core sales for its U.S. Morning Foods unit in the latest quarter.

Bryant said Kellogg planned to introduce new Special K products toward the end of the year to address changing nutrition trends, but declined to provide any details.

"I don't want to give my friends in Minneapolis any more help than they need," he said. The comment was a reference to General Mills, which is based in Minneapolis and makes cereals including Cheerios and Lucky Charms.

For the quarter, Kellogg said its profit fell 16 percent. The maker of Special K, Pop Tarts and Pringles lowered its outlook as a result, saying it now expects core sales for the year to decline slightly. It had previously said it expected the figure to rise by 1 percent.

For the quarter ended June 28, the company said net income fell to $295 million, or 82 cents per share. Adjusted for one-time costs, it earned $1.02 per share, in line with Wall Street expectations.

Total revenue declined to $3.69 billion and missed analyst expectations for $3.71 billion, according to Zacks.