Anheuser-Busch, a subsidiary of AB InBev, is hoping to tap into the fast-growing Hispanic market by importing its first Mexican lager to the U.S. The move comes as both the Hispanic population and the market for Hispanic foods continues to grow in the U.S. 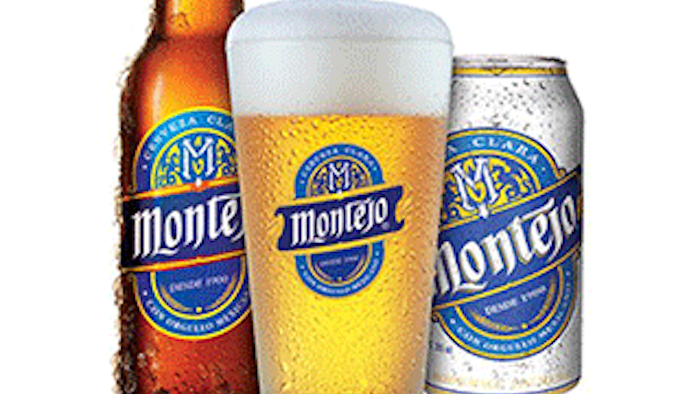 Hoping to tap the fast-growing Hispanic market, Anheuser-Busch is importing its first Mexican lager to the U.S.

The subsidiary of Belgium-based Anheuser-Busch InBev, the world's largest beer maker, said Wednesday that starting next month it will sell Montejo lager in bars, restaurants and grocery stores in California, Texas, Arizona and New Mexico. The move comes as both the Hispanic population and the market for Hispanic foods continues to grow in the U.S.

Nearly 55 percent of all imported lagers in the U.S. are from Mexico, with notable brands including Corona, Modelo, Tecate and Dos Equis, according to market researcher Euromonitor International, which valued the Mexican import market at $1.84 billion in 2012.

Hispanics make up more than a quarter of the U.S. population today, and Hispanic flavors and ingredients increasingly are flavoring the American culinary experience. Hispanic foods and beverages were an $8 billion market in 2012, according to consumer research firm Packaged Facts. By 2017, that number may reach $11 billion.

"There's obviously a growing consumer demand and preference for Mexican beers in the U.S.," Ryan Garcia, Anheuser-Busch's vice president of regional marketing, said in an interview with The Associated Press.

That's due to demographics, of course, but also to price — Mexican beers tend to be cheaper because import costs are lower. It also helps that Mexican beers — generally characterized by a light, crisp body and mild taste — have "an aura of vacation and relaxation" that appeals to U.S. consumers, Euromonitor said.

Montejo was first launched in southeastern Mexico in 1960 as an anniversary brand for a brewery on the Yucatan peninsula that dated back to the early 1900s. It will be the first time it's available outside of Mexico.

The company doesn't yet have plans to expand beyond the Southwestern U.S., where most sales of Mexican imports occur. The launch will be coupled with an extensive marketing campaign, including using iconic Volkswagen taxis from Mexico City — nicknamed a "Vocho" — to deliver samples.

"It's just another brand basically," Robert Sands, CEO of Corona, Modelo and Pacifico importer Constellation Brands Inc., said last month during an earnings call in response to an analyst's speculation on the planned launch. "So it doesn't pose any particular threat to us that is different than anything else that has been done by any of our competitors in the past."