A 30-year-old Oklahoma man was charged Tuesday with first-degree murder in the gruesome beheading of a Vaughan Foods worker, authorities said. Alton Nolen faces murder and assault charges in connection with the death of a 54-year-old woman. 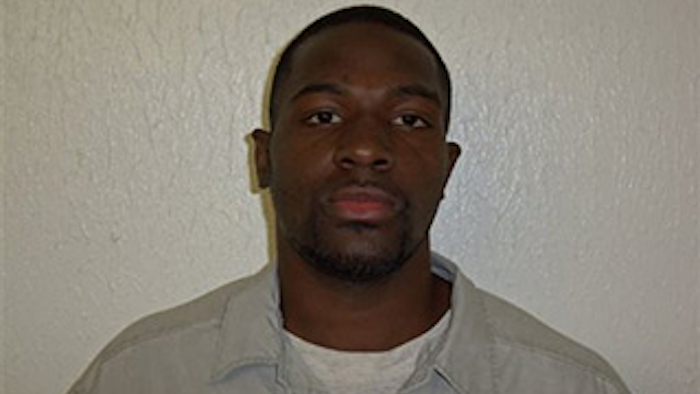 NORMAN, Okla. (AP) — An Oklahoma man was charged Tuesday with first-degree murder in the gruesome beheading of a Vaughan Foods worker, authorities said.

Nolen had been fired from the company just before he walked into the plant's administrative office in suburban Oklahoma City on Thursday and attacked the women. The company's chief operating officer, who is also a reserve sheriff's deputy, shot Nolen, stopping the attack, police said.

Nolen's family says he recently had converted to Islam. Mashburn said federal authorities were still investigating whether there was any connection.

Nolen's mother and sister posted a video message on Facebook over the weekend saying they were shocked and saddened by the allegations against him.

A cousin, 29-year-old James Fulsom, told The Associated Press that as recently as February, Nolen did not mention his conversion in conversations.

Oklahoma prison records show Nolen was released from prison in March 2013 after serving two years of a six-year sentence on charges that included assaulting a police officer and possession of cocaine with intent to distribute.

Nolen received no misconduct reports during his incarceration at five separate facilities, Department of Corrections spokesman Jerry Massie said. Nolen completed his probation in March of this year.