Lead, Cadmium Found in Some Chocolate Bought in Brazil

The researchers tested 30 milk, dark and white chocolate products bought in Brazil. Most were Brazilian brands, some of which are also sold in the U.S. They found that dark chocolates had the highest amounts of lead and cadmium. 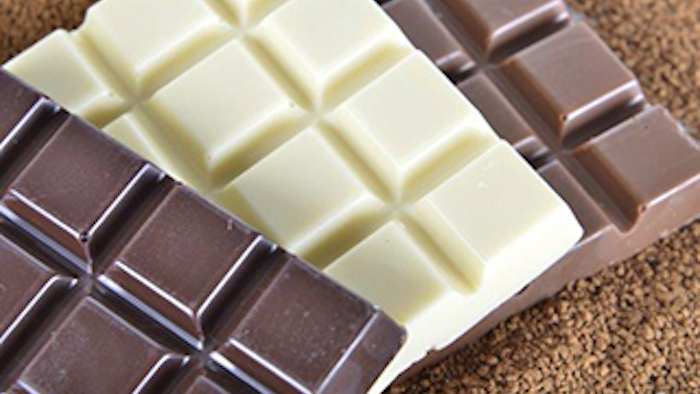 Scientists have found that commercial samples of chocolate purchased in Brazil contain varying levels of lead and cadmium, which can cause health problems, and that those levels are linked to how much cocoa a product contains. They reported their findings, which could have health implications — particularly for children — in ACS' Journal of Agricultural and Food Chemistry.

Solange Cadore and colleagues note that chocolate has many potential health benefits due to the high levels of flavonoids and antioxidants in its star ingredient, cocoa. But they also explain that other research has suggested that unwanted components can make their way into the delectable treat. Past studies have shown that crops can take up lead and cadmium — two naturally occurring metals. Lead can cause abdominal pain, headaches and anemia in adults.

In children, it can cause behavioral changes and language delay, among other problems. Cadmium can cause damage to several organs. It also has estrogen-like effects and disrupts some hormones. Concerned that chocolate could contain lead and cadmium, Cadore's team set out to analyze commercial samples for the metals.

The researchers tested 30 milk, dark and white chocolate products bought in Brazil. Most were Brazilian brands, some of which are also sold in the U.S. They found that dark chocolates had the highest amounts of lead and cadmium, but all levels fell below maximum consumption limits from Brazil, the European Union (E.U.) and the World Health Organization. The U.S. Food and Drug Administration, however, recommends that the level of lead in candy should not exceed 100 nanograms per gram (ng/g) of candy — two samples topped this threshold by about 30 to 40 ng/g.

With respect to cadmium, the researchers calculated that if a child weighing 33 pounds eats about a third of an ounce of chocolate a day (less than a quarter of a regular chocolate bar), that child would consume a maximum of 20 percent of the E.U.-suggested tolerable weekly intake of the metal. The researchers point out that only a fraction of lead or cadmium would absorb into a person's bloodstream, but the levels they found in dark chocolate were still concerning, they concluded.

The American Chemical Society is a nonprofit organization chartered by the U.S. Congress. With more than 161,000 members, ACS is the world's largest scientific society and a global leader in providing access to chemistry-related research through its multiple databases, peer-reviewed journals and scientific conferences. Its main offices are in Washington, D.C., and Columbus, Ohio.