Photo of the Day: Slow-Cooked in Space

Soy Vay, a kosher-marinade maker, confirmed that it has boldly cooked chicken where no teriyaki had gone before: the stratosphere. Chicken marinated in the sauce was confirmed to have successfully returned to Earth after it was launched to 104,572 feet and slow-cooked in space. 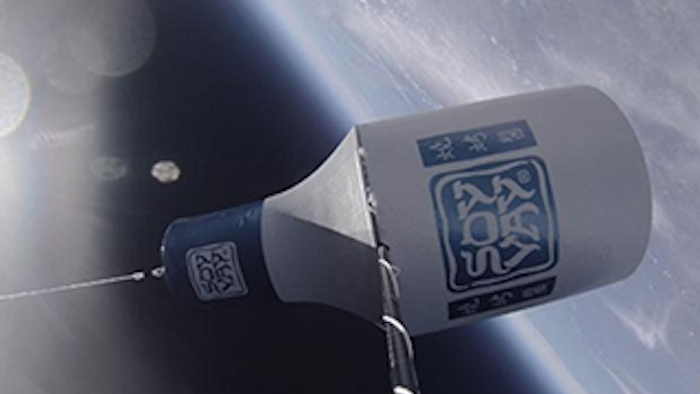 (PRNewswire) — Reaching an altitude of 104,572 feet above the Earth on October 12, 2013, the A Pollo '13 space cooker capsule became the first to successfully cook a Soy Vay teriyaki-marinated chicken in space.

Soy Vay confirmed that it has boldly cooked chicken where no teriyaki had gone before: the stratosphere. History was made at 12:07 pm CDT on Oct. 12 when chicken marinated in the sauce was confirmed to have successfully returned to Earth after it was launched to 104,572 feet and slow-cooked in space. (PRNewsFoto/Soy Vay)