Photo of the Day: Fast-Food Workers Walk Out

Thousands of fast-food workers staged walkouts in dozens of cities around the United States on Thursday as part of a push to get fast-food chains such as McDonald's, Taco Bell, Wendy's and Burger King to pay their workers higher wages. 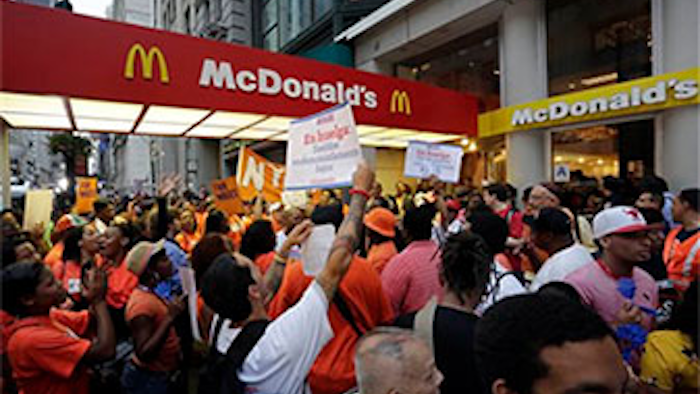 Organizers say thousands of fast-food workers are set to stage walkouts in dozens of cities around the country Thursday, part of a push to get chains such as McDonald's, Taco Bell and Wendy's to pay workers higher wages. (AP Photo/Richard Drew)