The explosion and fire started during welding work on a platform owned by Black Elk Energy Offshore Operations LLC, killing three workers and injuring several others. 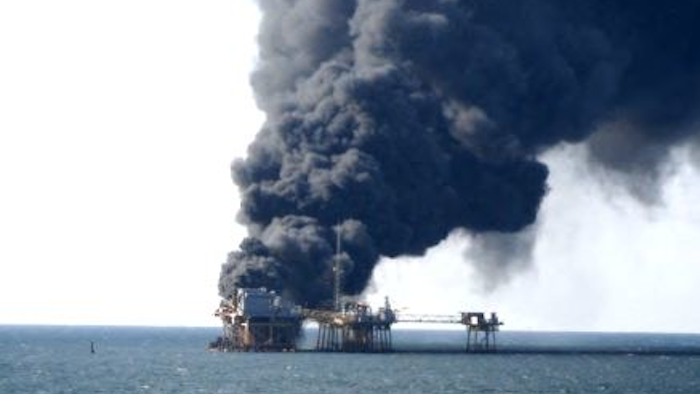 The explosion and fire started during welding work on a platform owned by Black Elk Energy Offshore Operations LLC, killing three workers and injuring several others. In lawsuits and a federal report, the company and its contractors have been accused of failing to follow proper safety practices and rushing work.

Black Elk Energy and one of its contractors, Grand Isle Shipyards Inc., were charged with three counts of involuntary manslaughter, as well as eight charges involving federal safety practices under the Outer Continental Shelf Lands Act and one violation of the Clean Water Act.

Another contractor, Wood Group PSN Inc., and three workers were charged with violating OCSLA and the Clean Water Act. The workers charged are Don Moss, 46, of Groves, Texas; Curtis Dantin, 50, of Cut Off, Louisiana; and Christopher Srubar, 40, of Destrehan, Louisiana.

"Workers lives can depend on their employer's faithfulness to the law, not least of all those working in oil and gas production where safety must be a paramount concern," Assistant Attorney General John C. Cruden for the Justice Department's Environment and Natural Resources Division said in a statement provided to The Associated Press.

The explosion occurred a day after BP agreed to plead guilty to criminal charges over the deadly 2010 rig explosion that killed 11 workers and spawned its massive oil spill in the Gulf.

Black Elk Energy's platform was located about 17 miles from Grand Isle, Louisiana, in about 52 feet of water. It had been "shut in" for several weeks and wasn't producing oil at the time of the blast, but workers were on the platform preparing to resume production.

On the morning of Nov. 16, 2012, a worker ignited oil vapors while welding pipe, triggering a chain reaction that caused oil tanks to explode.

The welding work that ultimately triggered the blast was discussed at a safety meeting on that very morning. Harold Seghers Jr., a mechanic who was a member of Srubar's crew, testified last year that Moss showed up at the end of the meeting and told workers "to finish up today because he was ready to go home and drink a beer."

"I took it kind of offensively, because it was — he was rushing these people up, and when you rush, mistakes are made," Seghers said during a lawsuit deposition.

A 2013 report by federal regulators identified a string of safety lapses that led to the explosion. According to witness statements, a number of workers consistently worried about losing their jobs if they raised safety concerns.

Steven Lemoine, a lawyer for Srubar, declined to comment. Attorneys for Moss and Dantin did not immediately return calls for comment.

The bodies of two workers, Ellroy Corporal and Jerome Malagapo, were recovered from the water. Avelino Tajonera, who was severely burned, died at a Baton Rouge hospital a week after the explosion.

A wrongful death lawsuit filed by Tajonera's family claims Black Elk Energy was plagued by management turmoil and a history of safety violations. It was struggling to execute its strategy of "wringing oil and gas from aging wells" at the time of the explosion, the suit said.

Srubar and Dantin are among a group of workers who also sued Black Elk Energy and its contractors over the incident.