Groups Call on Subway to Phase Out Antibiotics

Dozens of advocacy groups this week asked Subway restaurants to eliminate their use of meat from animals raised with routine use of antibiotics. 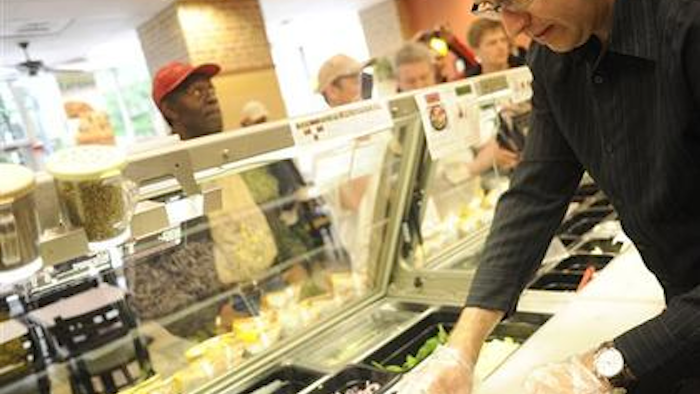 Dozens of advocacy groups this week asked Subway restaurants to eliminate their use of meat from animals raised with routine use of antibiotics.

The letter — signed by 60 groups — comes amid concerns from health officials and consumers about antibiotics in food animals and their role in the rise of antibiotic-resistant bacteria.

McDonald's and Chick-fil-A are among the chains vowing to curb antibiotic use in chicken served in their restaurants. Many large chicken companies also pledged to reduce or end their use of antibiotics.

The groups said Subway is testing a chicken sandwich free from antibiotic use in Southern California but said the sandwich chain made no further public commitments on the issue.

"While we will continue to push FDA to adopt stronger policies on antibiotics use in animal agriculture, companies like Subway can make a vital contribution to stemming antibiotic resistance by disallowing routine antibiotics use among your suppliers," the groups wrote in their letter.

The Food and Drug Administration last month pressed for more information on antibiotic use on farms after a report showed their use increased in recent years. The White House also convened a summit on antibiotic use, which included a pledge to reduce antibiotics in food served in government cafeterias.