CF Industries Ties up With OCI to Create Fertilizer Giant

CF Industries Holdings Inc. will acquire the distribution networks of Netherlands-based OCI N.V. in a $6 billion deal that would create one of the world's largest nitrogen fertilizer companies. 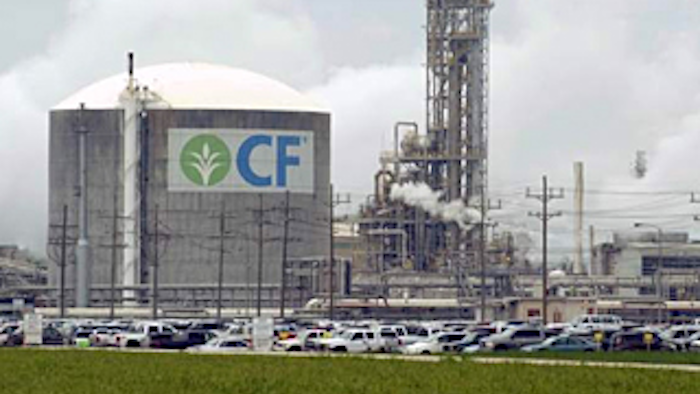 NEW YORK (AP) — CF Industries Holdings Inc. will acquire the distribution networks of Netherlands-based OCI N.V. in a $6 billion deal that would create one of the world's largest nitrogen fertilizer companies.

The deal, which includes about $2 billion in debt, is expected to increase CF's effective nitrogen capacity per share by 18 percent.

CF would get OCI's nitrogen operations in the Netherlands and Iowa, and a complex in Beaumont, Texas. The deal also includes OCI's distribution system in Dubai.

CF Industries Holdings Inc., which is based in Deerfield, Illinois, will become a subsidiary of a new holding company based in the United Kingdom. The combination with Amsterdam-based OCI's European, North American and global distribution businesses follows its attempt to join with Yara International ASA, a deal that fell apart.

The combined company will also buy a 45 percent interest plus an option to buy the remaining interest in OCI's Natgasoline project in Texas, which is scheduled for completion in 2017. On a combined basis the company will have production capacity of approximately 12 million nitrogen-equivalent nutrient tons by mid-year 2016.

Upon completion of the deal, CF shareholders will own about 72.3 percent of the new company and OCI will own about 27.7 percent. Most of OCI's shares will be distributed to its shareholders. The new company will operate under the name CF and be led by existing CF management. The initial board of the new corporation will have 10 directors, consisting of eight of CF's current directors.