The federal Energy Department will need to acquire water and land rights before it gets approval to entomb the nation's most radioactive waste beneath a mountain in the Nevada desert, according to a report released Thursday by an the agency being asked to license the project. Nevada is fighting the project, contending the technology for entombing nuclear waste is unproven. 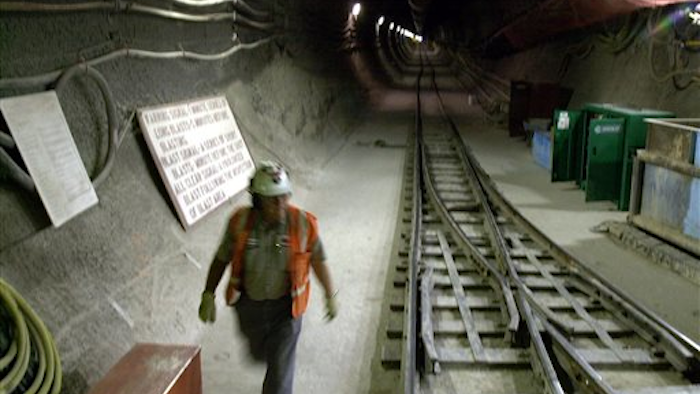 LAS VEGAS — The federal Energy Department will need to acquire water and land rights before it gets approval to entomb the nation's most radioactive waste beneath a mountain in the Nevada desert, according to a report released Thursday by an the agency being asked to license the project.

The Nuclear Regulatory Commission report said most administrative and program elements of the Yucca Mountain repository reviewed by NRC staff members meet commission requirements. But Nevada has refused for years to provide water to the site, leaving the Energy Department without necessary water rights.

Robert Halstead, the Nevada official heading state opposition to the project, said the new report also pointed to the expiration of federal land set-asides around the mountain.

"The land is not free of significant encumbrances such as mining rights, deeds ... or other legal rights," commission officials said in a news release summarizing the report.

The 181-page document was the third in a five-volume series being released by the commission ahead of the expected restart of proceedings to determine if the Yucca Mountain project can serve as the nation's nuclear waste repository. Two more volumes are expected by the end of January.

A key site safety report in October found a "reasonable expectation" the project could meet licensing standards, although Halstead, chief of the Nevada Agency for Nuclear Projects, said he found no place in that lengthy report where the repository was called safe.

"People saying NRC found Yucca Mountain to be 'safe' are making it up, putting their own opinions forward," he said.

Congress approved the site in 2002, but the project was mothballed in 2010 after Barack Obama was elected president, Harry Reid of Nevada became U.S. Senate Democratic majority leader, and Congress shut off funding.

The Nuclear Regulatory Commission halted licensing proceedings and the Energy Department withdrew all but maintenance staff from the site 90 miles northwest of Las Vegas. The project is getting a new look after a federal appeals court ruled in 2013 that the commission must either approve or reject the Energy Department license application.

The states of Washington and South Carolina, plus Aiken County, South Carolina, the Prairie Island Indian Community of Minnesota and the National Association of Regulatory Utility Commissioners filed the lawsuit.

Proponents of a national nuclear repository want the federal government to make good on its promise to accept and bury more than 77,000 tons of spent nuclear fuel piled up at nuclear reactors and research facilities around the country.

Tom Kauffman, spokesman for the Nuclear Energy Institute, an industry lobbying group, said he saw the latest commission report as another positive development regarding Yucca Mountain.

Nevada is fighting the project, contending the technology for entombing nuclear waste is unproven, and the threat of poisoning air, water and soil is too great to allow the repository to be built. State officials also argue that moving highly radioactive waste from more than 70 sites in 34 states poses a greater risk than leaving the material where it is.

Reid released a statement Thursday pointing to the failure of the federal government to convince a court that the state should provide water to Yucca Mountain.

"This is just one reason why the Yucca Mountain project will never be built and Congress should instead focus on consent-based solutions," he said.