Indiana's utility customer advocate is studying whether Duke Energy should be allowed to pass along costs of repairing its new $3.5 billion coal-gasification plant in southwestern Indiana to consumers. 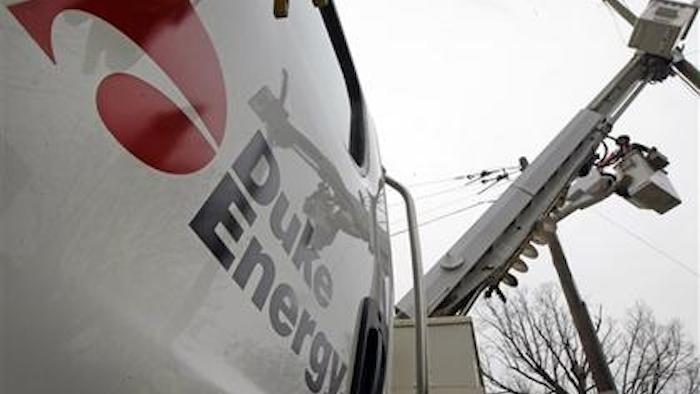 INDIANAPOLIS (AP) — Indiana's utility customer advocate is studying whether Duke Energy should be allowed to pass along costs of repairing its new $3.5 billion coal-gasification plant in southwestern Indiana to consumers.

Tim Stewart, a lawyer for Lewis Kappes in Indianapolis, which represents the utility interests of large industrial companies around the state, told The Indianapolis Star Duke Energy put the power plant near Edwardsport, 70 miles north of Evansville, in service before it was ready because of a 2012 settlement agreement limiting how much the company could charge ratepayers.

The settlement capped the amount Duke Energy could recover from ratepayers at about $2.595 billion, plus millions of dollars in financing costs, requiring the company to pay for about $900 million in construction overruns.

But that settlement only capped construction costs until Duke Energy, which is based in North Carolina, puts the plant into service. After that, repair costs can be considered "operation and maintenance" rather than "construction" costs.

Now much of the repair costs could be passed along to Duke Energy's 790,000 customers in Indiana, who already are paying much of the plant's construction costs originally estimated at $1.9 billion.

For months, consumer advocates have been trying to stop the company from passing along tens of millions of dollars in extra costs to customers through higher rates to cover operations for the period from April 2013 to March 2014. The average residential customer would expect to see electricity bills climb by about $2.40 a month if state regulators approve the company's petition.

The massive power plant has had a bumpy ride almost from the start. Just six days after opening in 2013 — and one day after reporters were given a tour of the site — the plant broke down. Duke Energy said huge fans that help vaporize wastewater at the plant were damaged. Without them, the company couldn't operate the plant's two gasifiers. The plant remained offline for nearly a month.

Over the 23 months the plant has been in service, it has generated electricity at an average of only 41 percent of capacity. That's about half the generation level that the company presented to state regulators from model runs and studies when the plant was still on the drawing board.

The company notes that production has steadily improved in recent months, rising to 75 percent in March. It says some of the maintenance issues, such as corroded pipes, are common in new plants.

"Corrosion on tubes? That happens at every one of our plants," said Doug Esamann, president of Duke Energy's Midwest and Florida regions. "It's just the corrosive nature of the process."

The plant also has been troubled by cracked pipes, broken drive shafts and failed pumps.

And Duke Energy is continuing to ask ratepayers to help pay for operating costs. The company recently asked regulators for permission to pass along millions more in costs for 12 months ending this March.

The Indiana Office of Utility Consumer Counselor, which opposed much of the costs for the first year the utility put the plant in service, said it is reviewing Duke Energy's request to see whether the latest round of costs to consumers is justified. The office, which represents the interests of utility consumers, has until September to complete its review.

"We remain very concerned about the plant's performance and its costs, and continue to closely review Duke Energy's ongoing filings with the commission," the utility consumer office said in a statement.