Water rights advocates will be able to provide input in August on a proposal by Delaware-based PacRim Coal to empty a Chuitna River tributary that provides a habitat for salmon. 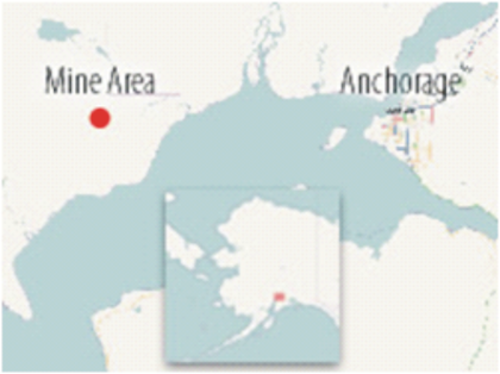 JUNEAU, Alaska (AP) — Water rights advocates will be able to provide input in August on a proposal by Delaware-based PacRim Coal to empty a Chuitna River tributary that provides a habitat for salmon.

The Chuitna Citizens' Coalition in 2009 filed a Reservation of water rights to keep the water in Middle Creek. The group's applications stalled at the Department of Natural Resources until a Superior Court decision in 2013 compelled the agency to move them forward.

Supporters and opponents can provide input at the Aug. 21 meeting in Anchorage.

Schade's decision is expected by Oct. 6.