A local council has rejected plans to frack shale gas in northwestern England in a case closely watched as offering a precedent for exploration in Britain. 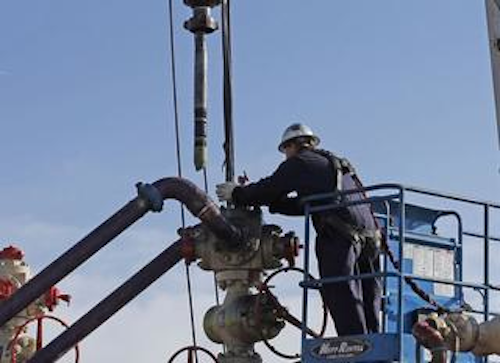 LONDON (AP) — A local council has rejected plans to frack shale gas in northwestern England in a case closely watched as offering a precedent for exploration in Britain.

County councilors in Lancashire, north of Manchester, rejected plans by the energy firm Cuadrilla, which wanted to undertake exploratory drilling at a site in Little Plumpton. The rejection was a surprise, as planning officials had offered approval to the project.

Residents living near the site stood and applauded Monday after the council's development control committee voted 10-4 against the plan because of its impact on landscape, visual amenities and noise.

The decision comes despite a big push from Britain's government, which has made no secret of its support for such exploration. It has argued that it would reduce the country's reliance on gas imports.