The $12.2 billion Hanford Waste Treatment Plant, whose construction is stalled, is intended to convert the most dangerous wastes into glass for eventual burial. 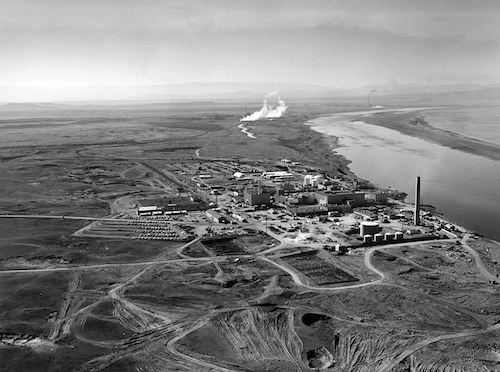 SPOKANE, Wash. (AP) — A whistleblower on the Hanford Nuclear Reservation has reached a $4.1 million settlement with his former employer on the former nuclear weapons production site in Washington state, his lawyer said Wednesday.

Walter Tamosaitis was a former manager at Hanford's Waste Treatment Plant, where he worked for subcontractor URS, Inc., which is now known as AECOM.

He was removed from his position in 2010 after raising safety concerns about the construction of the giant plant. He was eventually fired in 2013.

AECOM, which acquired URS last October, said it reached the settlement to avoid the cost of litigation.

"The company strongly disagrees that it retaliated against him in any manner," AECOM said in a press release.

"The company has not tolerated, and will not tolerate, retaliation or harassment in any form against anyone who raises a safety issue in good faith," AECOM said. "The company is pleased to put this matter behind us and continue with the important cleanup work at the Hanford site."

The settlement followed five years of legal fights. A trial had been scheduled in 2016.

Hanford, located near Richland, for decades made plutonium for nuclear weapons and now is engaged in the cleanup of the nation's largest collection of radioactive waste.

The $12.2 billion Waste Treatment Plant, whose construction is stalled, is intended to convert the most dangerous wastes into glass for eventual burial.

"We are very pleased that Walter can get on with his life after five years of litigation, and that he has been vindicated," said his attorney, Jack Sheridan of Seattle. "This settlement sends a message to whistleblowers everywhere that integrity and truth are worth fighting for, and that you can win if you don't give up."

In November, the 9th U.S. Circuit Court of Appeals reinstated a lawsuit filed by Tamosaitis against URS and said he was entitled to a jury trial.

The appeals court ruled that a lower court wrongly dismissed the case against URS, the primary subcontractor on the plant.

Tamosaitis contends that URS removed him as the research and technology manager of the unfinished plant after he said more time was needed to resolve complex technical issues. Construction on the plant has since stopped because of technical and safety issues.

U.S. District Court Judge Lonny Suko dismissed the case in 2012 after ruling that Tamosaitis had not followed legal requirements to wait one year after filing an administrative claim with the Department of Labor before proceeding to a federal court case.