One expert cautions that the current gulf between oil supply and demand could be just the beginning. 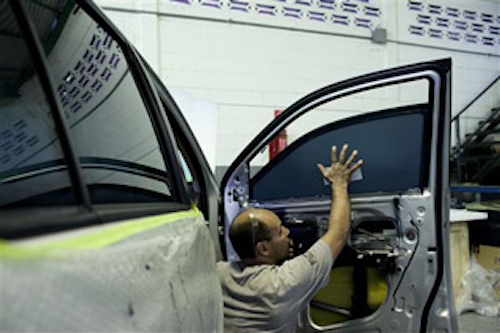 Despite the recent plunge in crude prices worldwide, most energy industry observers expect a rising population and growing incomes to foster robust demand for oil over the long-term.

One expert, however, cautions that the current gulf between oil supply and demand could be just the beginning.

Amy Myers Jaffe, who leads energy and sustainability at the University of California-Davis, predicted in a Wall Street Journal column this month that global demand for oil will peak within the next two decades.

"The world’s economy is experiencing transformational changes that, I believe, will dramatically alter patterns of energy use over the next 20 years," Jaffe wrote.

Instead, Jaffe said oil consumption has already peaked in the U.S. and Europe and noted that demand has slowed in China of late. Jaffe wrote that further developments in IT and big data hold the potential for even more dramatic energy savings.

In addition, increasing urban populations in developing nations could reduce private car ownership in the countries currently expected to generate most of the new global demand.

Jaffe also said renewable energy efforts are more promising than first anticipated, and noted that many companies are attempting to curb their use of plastics — the manufacture of which currently accounts for about 5 percent of oil consumption.

The potential geopolitical implications of that pattern, Jaffe argues, are already beginning to emerge. Leverage long held by Russia and OPEC nations would likely wane, while global interest in Africa would increase due to a greater focus on "scarce resources that will be equally critical to economic well-being, such as food, water and minerals."