China's efforts on climate deal partly due to its pollution

BEIJING (AP) — China's push for a global climate pact was partly because of its own increasingly pressing need to solve serious environmental problems, observers said Sunday. China, the world's biggest source of climate-changing gases, was blamed for obstructing the last high-level climate talks... 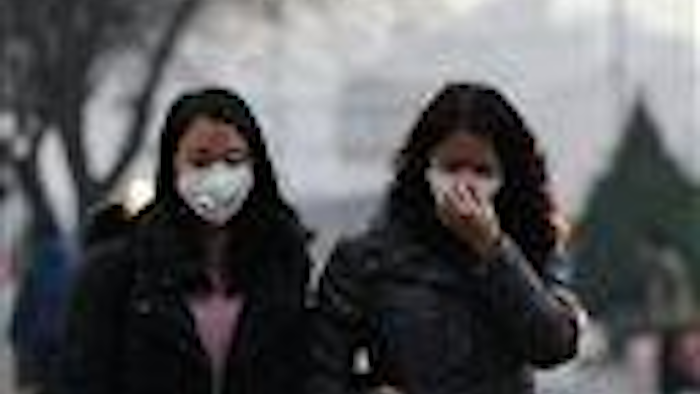 BEIJING (AP) — China's push for a global climate pact was partly because of its own increasingly pressing need to solve serious environmental problems, observers said Sunday.

China, the world's biggest source of climate-changing gases, was blamed for obstructing the last high-level climate talks in Copenhagen in 2009. This time around, it sent strong political signals it wanted a deal ahead of and during the Paris negotiations that ended Saturday with the agreement to keep global temperatures from rising another degree Celsius (1.8 Fahrenheit) between now and 2100.

"Environmental issues have become much more important to the Chinese public and therefore to the Chinese government," said Dimitri de Boer, head of China Carbon Forum, a Beijing-based nonprofit organization.

China's cities are among the world's dirtiest after three decades of explosive economic growth that led to construction of hundreds of coal-fired power plants and an increase in car ownership.

China was reminded of its severe environmental challenges during the Paris conference when the capital, Beijing, issued its first red alert for pollution under a two-year system because of heavy smog. The city ordered limits on vehicles, factories and construction sites and told schools to close.

China pushed for a deal because of its own problems and because the effects of climate change are becoming clearer each year, said Jiang Kejun, senior researcher at the Energy Research Institute under the National Development and Reform Commission, China's top economic planning agency.

The message on climate change "is very clear — we must do something — and in the meantime the domestic policymaking process is getting more environment-oriented," Jiang said. The air pollution in Beijing is putting pressure on policymakers and China is moving toward a low-carbon economy anyway, he said.

To build momentum for a deal, China and the United States, the world's two biggest carbon emitters, last year set a 2030 deadline for emissions to stop rising. This June, Beijing promised to cut carbon emissions per unit of economic output by 65 percent from 2005 levels.

"That's huge," said de Boer. "They may well be a developing country, but they are also clearly ready to start supporting the least-developed countries in terms of their climate mitigation and adaptation efforts."

Xi attended the opening ceremony of the Paris conference two weeks ago along with other leaders — and made a last-ditch effort in phone talks with President Barack Obama on Friday to get a global deal, according to China's official Xinhua News Agency. He told Obama that their countries needed to work together to ensure an agreement was reached "in the interest of the international community," Xinhua said.

Chinese Foreign Ministry spokesman Hong Lei said that China's push for a successful conclusion to the Paris negotiations "fully shows that China is dealing with climate change issues as a responsible big country."

Beijing came under criticism for obstructing the 2009 Copenhagen talks when some participants complained China and India stymied global emissions reduction efforts, possibly for fear they might hamper economic growth.

Now, the world's second-largest economy has emerged as a leader in curbing greenhouse gas emissions by investing in solar, wind and hydro power and even reducing its coal consumption last year as it attempts to clean up its polluted cities.

It is also already nurturing more self-sustaining growth as it refocuses its economy away from energy-hungry heavy industry to consumer spending and technology and making energy efficiency gains.