Archer Daniels Midland already makes sweeteners, fibers, emulsifiers and an array of other ingredients used in packaged foods and drinks. Now it's getting in the business of natural flavors. 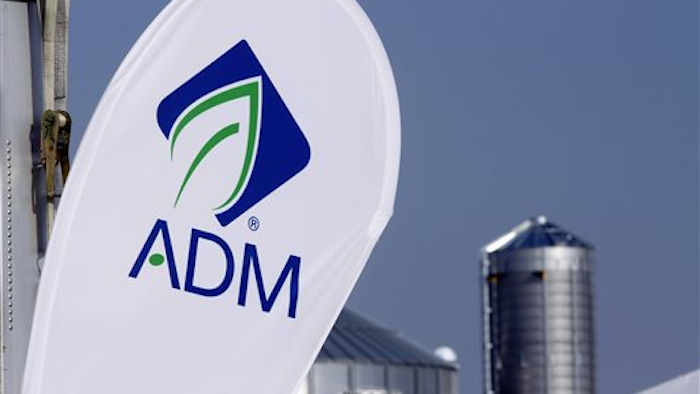 DECATUR, Ill. (AP) — Archer Daniels Midland already makes sweeteners, fibers, emulsifiers and an array of other ingredients used in packaged foods and drinks. Now it's getting in the business of natural flavors.

The agribusiness giant, based in Decatur, Illinois, said Monday it will acquire the privately held Swiss company Wild Flavors in an all-cash deal that will total $3.13 billion counting debt, or 2.3 billion euros. Founded in 1931, Wild Flavors makes natural flavors and "flavor systems" that help give products their distinct tastes.

Natural and artificial flavors are listed as ingredients in a wide variety of packaged foods and drinks around the world. Such flavors help make Coke taste like Coke and Cheetos taste like Cheetos. But companies typically don't disclose what exactly goes into making those flavors, which are considered trade secrets.

According to the U.S. Food and Drug Administration, the term "natural flavor" can be used for oils and other extracts from spices, fruits, vegetables, herbs, meats and other foods.

Kantha Shelke, an independent food scientist who has worked with companies including the maker of 5-Hour energy drinks, said added flavors are intended to lead consumers to recognize certain tastes in foods, even if those tastes were achieved using flavors extracted from different ingredients.

For example, she said an orange juice might use natural flavors that were derived from a tangerine, peach or even spinach to give it a "fresh squeezed" taste.

Although the flavor industry generally doesn't get much attention, it generates billions of dollars in sales a year. International Flavors & Fragrances, one of the biggest players in the market, for instance, pulled in nearly $3 billion in sales last year. Other major players include Givaudan, Firmenich and Symrise.

Wild Flavors' estimated revenue for this year is about $1.36 billion, or 1 billion euros. About 60 percent of its business comes from Europe, ADM said, and 27 percent comes from North America.

Archer Daniels Midland Co. said its acquisition of Wild Flavors will let it enter one of the "largest and fastest growing consumer trends in both developed and emerging markets." The company said demand for natural flavors has been growing at a faster rate than demand for artificial flavors.

Ann Duignan, an analyst with J.P. Morgan, said that the deal is intended to provide lower earnings volatility for ADM.

Duignan noted that ADM's "foods and wellness" business accounts for about $1.5 billion of annual revenue and that management has said it wants to increase the figure to about $10 billion in the next decade. Its total revenue last year was nearly $90 billion.

Wild is the last name of company chairman and owner Dr. Hans-Peter Wild, whose father founded the business. ADM will pay the purchase price to the owner and funds tied to investment firm Kohlberg Kravis Roberts & Co.

The deal is expected to close by the end of the year.

Shares of ADM closed at $45.77 last week, a new high point for the year, and they are within striking distance of the record high, set just as the recession began, of $48.95.