On Monday, June 30, the national average retail gasoline price was $3.70 per gallon. Although this is the highest average heading into the Fourth of July holiday since 2008, gasoline prices in 2014 have remained well below the spring peaks reached in each of the previous three years. 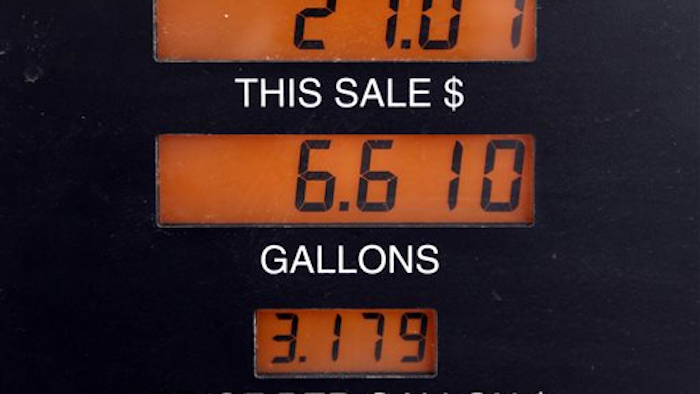 On Monday, June 30, the national average retail gasoline price was $3.70 per gallon. Although this is the highest average heading into the Fourth of July holiday since 2008, gasoline prices in 2014 have remained well below the spring peaks reached in each of the previous three years (see graph).

Although prices are currently 20 cents per gallon higher than last year at this time, prices this year did not peak as high as in recent years because of relatively stable crude oil prices in 2014. The peak retail gasoline price this year was $3.71/gal on April 29, lower than last year's spring peak of $3.78, and lower than price peaks in 2011 and 2012.

So far this year, the average price of gasoline has been $3.54/gal, the lowest for the first six months of the year since 2011.

Since April, the increase in wholesale gasoline prices is lower (in percentage terms) than the recent increase in crude oil prices: 3.5% for gasoline compared to 7.2% for North Sea Brent. Typically during this time of year, petroleum refineries return to service from seasonal maintenance outages, which tends to lower wholesale product prices, including gasoline. This year, crude oil prices have increased in part because of unrest in Iraq, a major crude oil producer. These factors have largely offset each other, leaving retail gasoline prices relatively unchanged. World crude oil prices have fallen by $4 per barrel from a 2014 peak of $115 per barrel on June 19. If sustained, this should help bring gasoline prices down in the coming weeks.