What You Need To Know About Global Coal Trade

As the Obama administration weans the U.S. off polluting fuels blamed for global warming, energy companies have been sending more of America's unwanted energy leftovers to other parts of the world where they could create even more pollution. 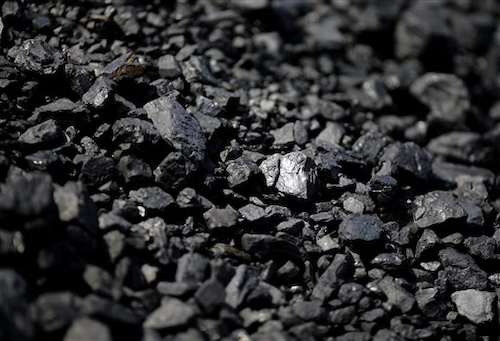 As the Obama administration weans the U.S. off polluting fuels blamed for global warming, energy companies have been sending more of America's unwanted energy leftovers to other parts of the world where they could create even more pollution. Here are five things to know about the issue:

1. AS U.S. REDUCES COAL USE, DEMAND RISES GLOBALLY. Over the past six years, the U.S. has cut consumption by 195 million tons as power plants have burned cheaper natural gas instead. The Environmental Protection Agency's latest proposal would further cut coal's share of electricity generation. Meanwhile, coal demand is rising globally. In 2013, according to the 2014 BP Statistical Review of World Energy, it grew by 3 percent. The International Energy Agency expects global coal demand to grow 2.3 percent per year through 2018.

2. U.S. COAL EXPORTS HAVE SOARED TO MEET RISING DEMAND. The U.S. exported more coal in 2012 and 2013 than any other year since 1949. Exports surpassed 100 million tons for the first time in more than 20 years in 2011. Exports are down this year because of higher natural gas prices and a colder-than-average winter at home. But the U.S. Energy Information Administration predicts coal exports to grow to 161 million tons by 2040 without policy changes. In 2012, the U.S. comprised 9 percent of the global coal export market, the latest data available.

3. COUNTRIES ONLY ACCOUNT FOR POLLUTION FROM COAL THEY BURN. When measuring progress on global warming, countries count only pollution from burning fossil fuels. Coal exports make the U.S. appear to be making more progress on global warming than it actually is, although it's still coming out ahead. Analyses suggest U.S. exports could be reducing by half or wiping out completely the pollution savings in the U.S. from switching power plants from coal to natural gas.

4. OBAMA ADMINISTRATION WON'T DISCLOSE GLOBAL TOLL OF EXPORTS. Three terminals proposed for the Pacific Northwest would double U.S. coal exports. Despite pleas from the governors of Washington and Oregon, the Obama administration has so far refused to evaluate the global impact of those additional exports. A 2010 White House guidance aimed at clarifying how broadly agencies should evaluate greenhousegas emissions for major projects is still being reviewed.

U.S. EXPORTS COULD FUEL WORLDWIDE DEMAND AND POLLUTION. U.S. coal exports make things worse for global warming only if they cause global demand to increase. It's unclear whether that is happening. White House officials say the U.S. will likely never export enough coal to influence demand. They say the U.S. is replacing coal that would come from somewhere else. A federal judge recently faulted this logic in a case over the expansion of a Colorado coal mine, saying that any additional coal will impact demand, causing coal that otherwise would have been left in the ground to be burned.