Pacific Gas & Electric Co. has pleaded not guilty to charges in a new indictment that accuses the utility of lying to federal investigators looking into a fatal pipeline explosion in a San Francisco Bay Area neighborhood. 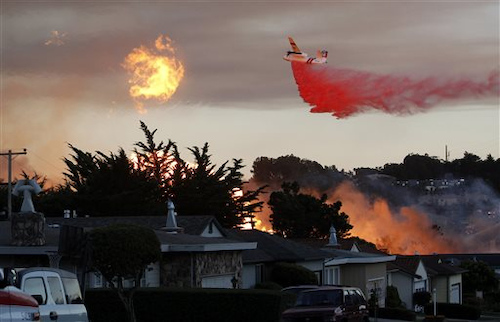 SAN FRANCISCO (AP) — Pacific Gas & Electric Co. has pleaded not guilty to charges in a new indictment that accuses the utility of lying to federal investigators looking into a fatal pipeline explosion in a San Francisco Bay Area neighborhood.

Steve Bauer, an attorney for the company, entered the plea in court on Monday to all 28 counts in the indictment, including obstruction of justice.

The new indictment was announced last month. The company previously faced 12 counts related to its safety practices, but not obstruction.

Prosecutors say PG&E tried to mislead federal investigators about pipeline testing and maintenance procedures it was following at the time of the 2010 explosion in San Bruno and for six months afterward.

PG&E says the obstruction charge stems from a paperwork error that the company quickly corrected.