State House and Senate leaders say that lawmakers have reached a compromise on legislation to make Duke Energy curb pollution from its 33 coal ash dumps across North Carolina. 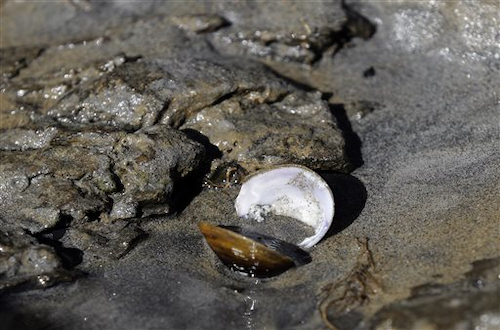 House Speaker Thom Tillis and Senate President Phil Berger announced their chambers reached an agreement they said would give the state the strictest regulations on coal ash disposal in the nation. The legislation would require closure of all unlined coal ash ponds within 15 years.

The bill is expected to go to a floor vote in both chambers Wednesday, shortly before legislative leaders say they intend to adjourn for the year.

GOP leaders have been saying for months that passage of a cleanup plan is among their top legislative priorities, but as recently as last week appeared ready to go home for the year without passing it. Negotiations between the House and Senate attempting to reconcile their competing versions of the bill broke down in late July.

Failure to take action would present a significant political liability headed into the November elections. Lawmakers have been under significant pressure to pass legislation in response to a February spill from a Duke plant in Eden that coated 70 miles of the Dan River in gray sludge.

Coal ash contains such toxic chemicals as arsenic, mercury and lead. State regulators have previously conceded that all of Duke's leaky unlined ash dumps in the state are contaminating groundwater.

Last month's impasse came down to a single provision in the voluminous bill defining which "low risk" ash dumps Duke would be allowed to cap with plastic sheeting and dirt. Environmentalists want all the ash dug up and moved to lined landfills away from rivers and lakes.

Rep. Chuck McGrady, one of the lead House negotiators on the bill, said Tuesday that the version now under consideration is significantly stronger than past versions of the bill, requiring Duke to dig up and remove ash from low-lying dumps near waterways if there is significant risk of groundwater contamination.

"There will be more sites that will not be capped in place," said McGrady, R-Henderson. "More sites will be cleaned up, clearly, under the criteria we've put in the bill."

The bill requires Duke to remove the ash at four of its 14 coal-fired plants considered to be at the highest risk by the end of 2019. It would then be up to a newly created commission to determine what Duke would be required to do with its remaining dumps, including the option of simply capping the ash and leaving it in place.

The bill also adds 30 new full-time positions to help monitor and implement the closure plans, paid for by Duke. However, the bill would also potentially allow the utility to seek rate hikes on its electricity customers as soon as next year to pay for the cleanup, which the company estimates will cost as much as $10 billion.

Duke, headquartered in Charlotte, is the nation's largest electricity company with a market valuation of about $50 billion. The company has previously agreed to remove ash at the four sites listed as the highest risk in the bill, which include dumps near waterways outside Charlotte, Asheville, Wilmington and in Eden, where the spill occurred.

Though they acknowledged some positives in the bill, environmentalists also warned Tuesday about a provision that appears intended to undermine a recent North Carolina judge's ruling that Duke must take "immediate action" to eliminate groundwater contamination leaching from its ash dumps if the pollution crosses onto a neighboring property.

Instead, they said the language inserted into the bill would potentially allow Duke to study the problem for an indefinite period before proposing a timetable for a cleanup.