Several thousand people have formed a human chain across the German-Polish border to protest the expansion of open-cast mining for brown coal in the region. 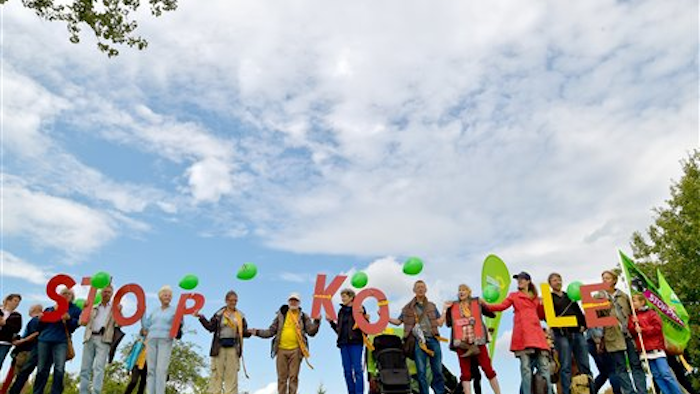 BERLIN (AP) — Several thousand people have formed a human chain across the German-Polish border to protest the expansion of open-cast mining for brown coal in the region.

Organizers said more than 7,500 people linked up in an 8-kilometer ( 5-mile) chain between Kerkwitz, Germany, and Grabice, Poland — two villages that activists fear will be evacuated to make way for further brown coal mines, also known as lignite.

Some of Saturday's demonstrators waded into the Neisse river, which divides the two countries, as part of the chain. The leaders of Germany's opposition Green party were among those attending the protest.

Both coal and lignite, which is decried as a dirty fuel by environmentalists, play a significant part in the energy mix of both Germany and Poland.