In the Appalachian foothills of eastern Tennessee, Rocky Top and Briceville share a common heritage and a common problem: How to revive communities that once boasted bustling main streets and jobs for nearly anyone willing to mine the coal once plentiful in the deep shafts underground. 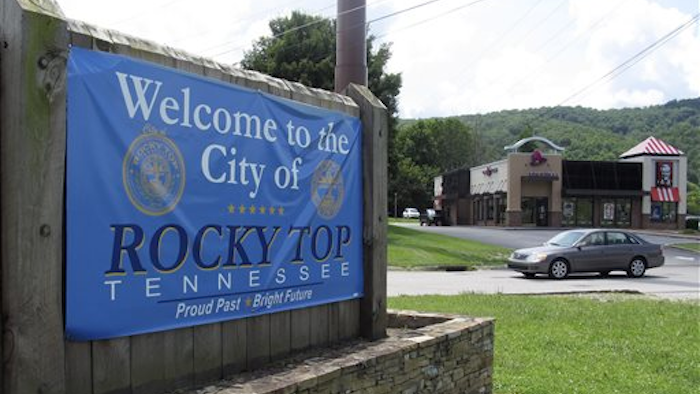 ROCKY TOP, Tenn. (AP) — In the Appalachian foothills of eastern Tennessee, Rocky Top and Briceville share a common heritage and a common problem: How to revive communities that once boasted bustling main streets and jobs for nearly anyone willing to mine the coal once plentiful in the deep shafts underground.

Briceville has embraced the long-range vision of a nonprofit group offering college scholarships to people who are often first in their families to go beyond high school.

About five miles away, the town recently known as Lake City decided to change its name to Rocky Top. It is banking on the quick-strike dreams of developers promising a multimillion-dollar tourist complex built around the popular bluegrass song, that declares, "Rocky Top, you'll always be home, sweet home, to me. Good ol' Rocky Top. Rocky Top, Tennessee."

The contrasting paths reflect more than divergent ideas. They dig deep into the increasing desperation of places across Appalachia mired in poverty and decline and receptive to any kind of help to reinvent themselves.

"Like most, or all, Appalachian coal mining towns, there are a whole lot of people out of work and uneducated," said Stephanie Bohon, co-director of the Center for the Study of Social Justice at the University of Tennessee at Knoxville.

Rocky Top and Briceville lie along Coal Creek, about 20 miles north of the nuclear engineers and supercomputers at Oak Ridge National Laboratory, but a world away. The creek carves out a narrow valley in the hills, trickling past forests that have swallowed up abandoned coal mines.

It passes the graves of 32 never-identified miners, killed in an explosion more than a century ago. And it passes small homes that cling to the hillsides in communities like Briceville, where descendants of coal miners still live.

Briceville, population about 500, recently lost its only store. And only a few businesses hang on in the downtown Rocky Top, home to about 1,800. There's little anyone can do to stop the exodus of those seeking a paycheck.

Briceville's opportunity came indirectly. Barry Thacker, a Knoxville coal mining engineer, showed up in 2000 with an idea to help improve water quality in Coal Creek and was met with a protest.

He listened to their concerns about the lack of health care, jobs and opportunities for their children. The result was Thacker's Coal Creek Watershed Foundation, which has helped fund college education for three dozen Briceville students. So far, the foundation has spent $265,000 and committed $46,000 more to current students.

Starting in elementary school, the foundation sponsors field trips and brings in college students and professionals to teach children about their history, culture and the environment. It also sponsors watershed cleanups and other community service projects. Students who participate earn the opportunity to apply for scholarships if they agree to return to mentor younger children.

Recipients have become teachers, nurses, engineers, scientists and business managers. One is pre-med and another in law school. Some moved back, while others settled elsewhere to find work.

One recipient, Kyle Leinart, is beginning his senior year at the University of Tennessee, Knoxville, and majoring in computer science. He spent a summer in England, and this summer is working at the Oak Ridge National Laboratory.

His mother, Kippie Leinart, a custodian at Briceville Elementary, says her son always wanted to go to college, even though no one on either side of the family had done it.

"I'm head of the household," she said. "My husband's disabled. So I worried how we were going to do this."

She called Thacker's foundation "a blessing."

Thacker said he originally approached Rocky Top with the idea of working in that community, but there was no interest. Years later, the town embraced the idea of changing its name from Lake City. And it's not the first time for such a change. The town, which has no lake, was originally called Coal Creek but switched in the 1930s to attract tourists heading to nearby Norris Lake.

Like Kippie Leinart in Briceville, Rocky Top Mayor Tim Sharp sees God's hand at work in his town. For him, though, it delivered a pair of entrepreneurs who thought the city could transform its fortunes by adopting the name of the unofficial anthem of the University of Tennessee, played incessantly at football games.

"Things have happened with divine intervention," he said. "There's just been too much positive energy."

The plans are audacious for a town where the only bustle is a small cluster of motels and restaurants off Interstate 75. Rocky Top's master design includes an indoor-outdoor water park, an interactive animated theater, a live music venue and a theme park.

Sharp expects to break ground on the water park in about 18 months. Later plans include a 500-seat paddleboat restaurant on an as-yet-to-be-constructed artificial lake.

"We are so hopeful that these developments will bring back a really healthy community," he said.

Just in the past six weeks, Cox said, four businesses called him about renting properties he owns in town.

Sharp said he is not bothered that the company that holds the rights to the song "Rocky Top" is suing developers and the town to try to stop the project.

"That's just Satan throwing us a bump in the road," he said.