Finger Lakes winemakers and other business owners asked Gov. Andrew Cuomo on Wednesday to deny permits for natural gas and propane storage facilities in former salt mines along Seneca Lake, saying the projects would bring heavy industry, more truck traffic and an unacceptable risk of catastrophic accidents to a region that thrives on tourism. 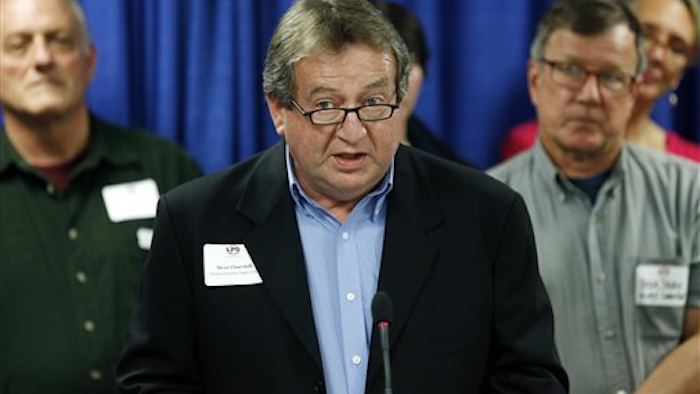 Opponents of Houston-based Crestwood Midstream's project said at a news conference in Albany that it would endanger drinking water, the local economy and the region's wine and tourism industry.

"There is no justification for jeopardizing the Finger Lakes' place as an international destination for world-class agri-tourism," said Lou Damiani, owner of Damiani Wine Cellars. "There is no propane shortage and we have worked too hard to get where we are now."

The project, which would expand natural gas storage capacity and add underground propane storage, is awaiting permits from the state Department of Environmental Conservation.

The Schuyler County Legislature passed a resolution in June calling for state approval of the project, saying the salt caverns have been used for natural gas and propane storage for decades without incident.

But opponents said that while salt caverns represented 7 percent of the nation's 407 underground storage sites for gas in 2002, they were responsible for all 10 catastrophic accidents involving gas storage between 1972 and 2004.

Crestwood's subsidiary, Arlington Storage, wants to increase the gas storage capacity at the site by adding two more connected salt caverns, bringing the total storage to 2 billion cubic feet, enough to heat 20,000 homes for a year. The natural gas would be piped in from other states and distributed via the Dominion and Millennium pipelines.

The caverns were created by a century of mining by US Salt, which has a sprawling facility on the shore of Seneca Lake that's now owned by Crestwood Midstream.

Opponents fear the projects currently under review are just the beginning of what will be a massive expansion of natural gas and propane storage in dozens of empty salt caverns 2,000 feet underground. Of particular concern is the propane storage plan, which would greatly increase tanker truck and rail traffic in the area.

Doug Hazlitt, a sixth-generation Finger Lakes winemaker and owner of Hazlitt 1852 Winery, said the proposed gas facility threatens future growth of the region as the Napa of the Northeast.

"We buy our grapes from the shores of Seneca Lake and the dozens of wineries in the area are opposed to this gas facility because it threatens our local businesses and economy," said Will Ouweleen, co-owner of O-Neh-Da and Eagle Crest Vineyards.

Bill Gautreaux, a Crestwood executive, said the geology of the salt caverns is ideal for propane storage, and the location provides ready access to supply.

"Propane has long been, and continues to be, stored and transported safety in the Finger Lakes without incident," Gautreaux said via email.