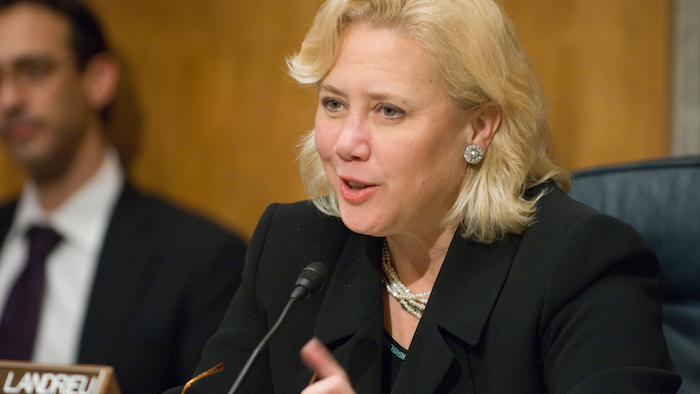 Landrieu spent her afternoon at the Big Cajun II plant in New Roads, for a tour and meeting with industry representatives. The facility is owned by NRG Energy subsidiary Louisiana Generating.

The Democratic senator, who chairs the Senate's energy committee, opposes the proposed Environmental Protection Agency regulations on carbon emissions. Landrieu says Congress should set the terms and goals for power plants to reduce carbon, not the EPA.

The proposed EPA regulations call for Louisiana to cut carbon emissions from power plants by nearly 40 percent by 2030.

"The goal for me is not 'clean'. It's an important part of the equation but it is not the goal," Landrieu said in a statement. "The goal is independence. The goal is security. The goal is reliability. That priority, if we follow that, I think we would be better off in Louisiana, better off in the country, better off as a nation."

Facing a tough re-election fight this fall in a heavy energy-producing state, Landrieu is trying to carve out differences between herself and the Democratic president who is unpopular in Louisiana. Her critics and three Republican opponents say she is too cozy with Obama.

The Republican National Committee replied to news of Landrieu's trip by saying if the senator was so outraged by the EPA plans, she shouldn't have voted to confirm Obama's EPA administrator.

"The regulations rolled out by the Landrieu-backed EPA head will raise electricity costs, hurting families and the Louisiana energy industry. Landrieu continues to be a rubber stamp for President Obama's liberal agenda," RNC spokesman Ben Voelkel said in a statement.

Meanwhile, environmentalists criticized the coal plant that Landrieu visited as one of the nation's dirtiest, citing a U.S. Department of Justice lawsuit over its emissions.

In 2012, Louisiana Generating agreed to a settlement that required it to spend about $250 million to reduce air pollution at Big Cajun II, in response to allegations the company violated law by not getting certain permits and installing air-pollution controls after boiler modifications.