A very large fire started by a paper lantern has consumed more than 100,000 tons of plastic materials at a recycling facility in central England. Fire services said Monday more than 200 firefighters fought the blaze near the city of Birmingham. 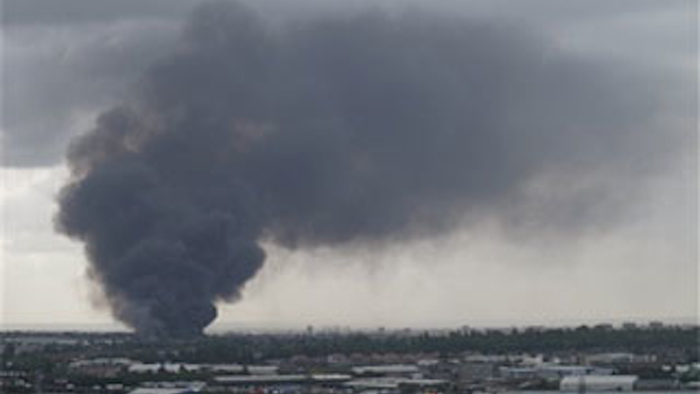 LONDON (AP) — A very large fire started by a paper lantern has consumed more than 100,000 tons of plastic materials at a recycling facility in central England.

Fire services said Monday more than 200 firefighters fought the blaze near the city of Birmingham.

Officials said in a statement that a paper lantern was spotted on CCTV floating into the site before starting a fire among plastic bales.

Fire services said the smoke plume made by the fire was rising up to 6,000 feet (1,800 meters) and may affect air travel. Birmingham International Airport spokesman David Lavender said officials did not anticipate any disruption to flights.

Officials said 11 firefighters were treated for various injuries. There were no reported injuries to the public.