Authorities say at least nine people required hospital treatment after a fire in a truck parked at a food processing facility in central Pennsylvania. 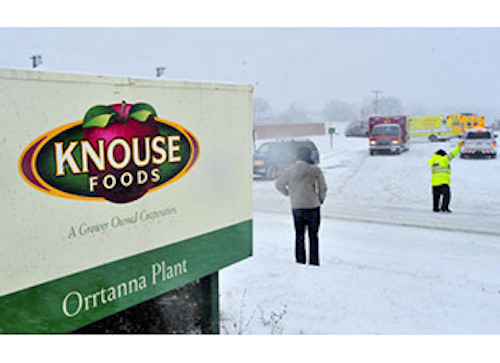 A Gettysburg Hospital spokesman said seven people were taken there for potential exposure to the chemical toluene, while a county emergency official said two others were treated at nearby Waynesboro Hospital.

Fire crews were called to the Knouse Foods plant in Orrtanna around 8:30 a.m. for a fire in a tractor-trailer parked on the property.

John Eline with Adams County emergency services says officials will be lifting an order for people who live within a half-mile of the fire to stay within their homes and keep their windows closed.