Seasonal factors from an unusual winter across the country have likely skewed statistical reporting from government agencies despite attempts to adjust for them. 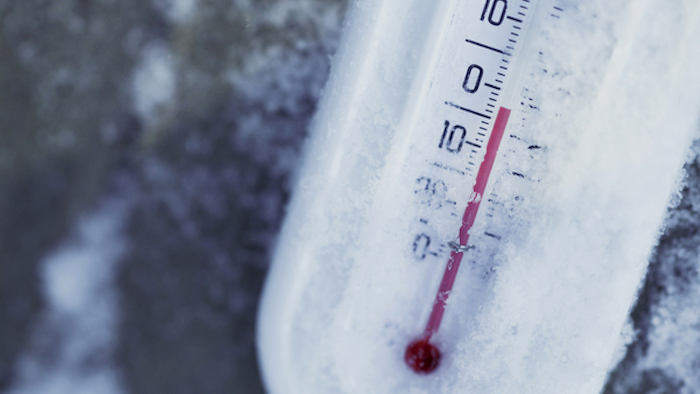 Seasonal factors from an unusual winter across the country have likely skewed statistical reporting from government agencies despite attempts to adjust for them. Nonetheless, the pace of economic expansion continues to moderate from the fourth quarter of 2013, according to the American Chemistry Council’s (ACC) monthly Chemical Activity Barometer (CAB), released today. The economic indicator, shown to lead U.S. business cycles by an average of eight months at cycle peaks, was flat in February, ending nine consecutive monthly gains on a three-month moving average (3MMA) basis. The barometer is up 2.1 percent over a year ago, also a slower growth pace on a year/year basis. The CAB reading for December 2013 and January 2014 were revised upwards slightly from earlier reports.

“Economic data for December, January and February are certainly skewed by recent weather events such as the polar vortex that engulfed much of the country,” said Kevin Swift, chief economist at the American Chemistry Council. “It will take some time before the data reflect normalcy, but we know concretely that chemical equity prices strengthened in February and are outpacing that of the broader market which is very encouraging,” he added.

Overall results in the four primary components of the CAB were mixed, with product/selling prices and inventories flat, while equity prices were up and production was down. Swift noted that weekly production-related indicators for February were down most likely due to the recent adverse weather.

The Chemical Activity Barometer is a leading economic indicator derived from a composite index of chemical industry activity. The chemical industry has been found to consistently lead the U.S. economy’s business cycle given its early position in the supply chain, and this barometer can be used to determine turning points and likely trends in the wider economy. Month-to-month movements can be volatile so a three-month moving average of the barometer is provided. This provides a more consistent and illustrative picture of national economic trends.

Applying the CAB back to 1919, it has been shown to provide a longer lead (or perform better) than the National Bureau of Economic Research, by two to 14 months, with an average lead of

eight months at cycle peaks. The median lead was also eight months. At business cycle troughs, the CAB leads by one to seven months, with an average lead of four months. The median lead was three months. The CAB is rebased to the average lead (in months) of an average 100 in the base year (the year 2007 was used) of a reference time series. The latter is the Federal Reserve’s Industrial Production Index.

The CAB comprises indicators relating to the production of chlorine and other alkalies, pigments, plastic resins and other selected basic industrial chemicals; chemical company stock data; hours worked in chemicals; publicly sourced, chemical price information; end-use (or customer) industry sales-to-inventories; and several broader leading economic measures (building permits and new orders). Each month, ACC provides a barometer number, which reflects activity data for the current month, as well as a three-month moving average. The CAB was developed by the economics department at the American Chemistry Council.

The CAB is designed and prepared in compliance with ACC’s Antitrust Guidelines and FTC Safe Harbor Guidelines; does not use company-specific price information as input data; and data is aggregated such that company-specific and product-specific data cannot be determined.