Twenty-one Republican-led states and several industry groups had asked the appeals court to halt the plan, which originally took effect in 2012. They argued that power plants and their customers should not have to bear the hefty costs of installing and operating equipment to remove the pollutants while the legal underpinnings of the rule remain in doubt. 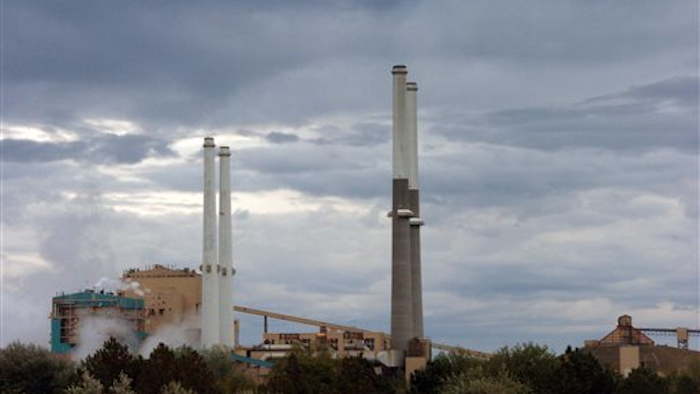 (AP) — An appeals court has agreed to leave intact a federal rule targeting mercury pollution from coal and oil-fired plants while government officials decide how to account for its costs. The ruling Tuesday is a win for the Obama administration, which is working to quickly fix legal problems with the rule and re-issue it by April 15.

The Supreme Court ruled in a 5-4 decision in June that the Environmental Protection Agency should have considered the costs and benefits of its plan before deciding to impose limits on mercury and other hazardous air pollutants. But the justices let the rule stay in effect and returned it to the U.S. Court of Appeals for the District of Columbia Circuit to decide how a cost-benefits analysis should be conducted.

Twenty-one Republican-led states and several industry groups had asked the appeals court to halt the plan, which originally took effect in 2012. They argued that power plants and their customers should not have to bear the hefty costs of installing and operating equipment to remove the pollutants while the legal underpinnings of the rule remain in doubt.

In its two-page order Tuesday, the three-judge panel said the decision to leave the rule in place was based in part on the EPA's estimate that it is on track to issue the new rule in just four months. The EPA has estimated the costs of complying with the rule at about $9.6 billion a year. But it also determined that benefits are much greater, running about $37 billion to $90 billion annually. Those savings stem from prevention of up to 11,000 deaths, 4,700 heart attacks and 540,000 lost days of work for people affected by the pollutants, the EPA said.

EPA officials argued that the rule should stay in place to continue the benefits of cleaner air and avoid disrupting a program that has seen more than 70 percent of power plants already install controls to comply with the rules. EPA spokeswoman Melissa Harrison said most power plants have already installed and are operating the controls needed to meet the new standards and the rest are expected to do so by April.