The Savannah River Site's mixed-oxide project — known as MOX — is intended to turn weapons-grade plutonium into commercial nuclear reactor fuel. But it's years behind schedule. 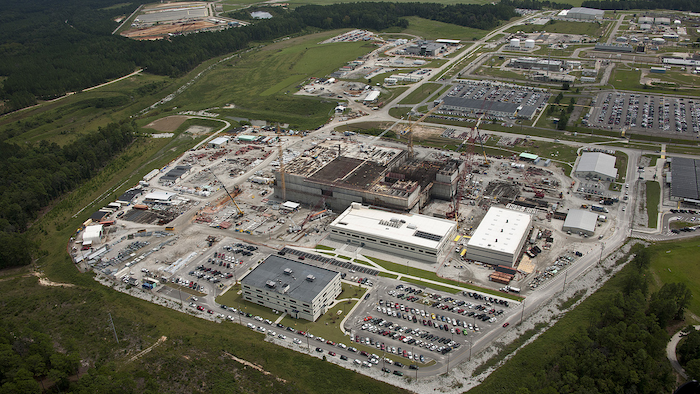 (AP) — South Carolina Governor Nikki Haley has warned the Department of Energy she expects South Carolina to collect a $1 million daily fine for the agency's failure to meet a January 1 nuclear fuel deadline.

In a letter obtained by The Associated Press, Haley told Energy Secretary Ernest Moniz that South Carolina "will almost certainly be forced" to sue if his agency doesn't start making payments on New Year's Day. "South Carolina cannot stand idly by while DOE violates federal law and fails to fulfill its commitment to the state," Haley wrote in the letter dated Monday.

The Savannah River Site's mixed-oxide project — known as MOX — is intended to turn weapons-grade plutonium into commercial nuclear reactor fuel. But it's years behind schedule.

Since MOX isn't operating, by law the federal government is supposed to remove 1 metric ton of plutonium from South Carolina by January 1. If not, the agency's supposed to pay $1 million a day for "economic and impact assistance," up to $100 million yearly, until either the facility meets production goals or the plutonium's taken out of state for storage or disposal elsewhere.

However, a clause in the law makes the fine "subject to the availability of appropriations." Asked about the letter, a spokeswoman for DOE's National Nuclear Security Administration, which manages the project, said the agency "is working to meet its commitment to the state of South Carolina." Spokeswoman Francie Israeli did not comment further.

MOX is intended to help the United States fulfill an agreement with Russia to dispose of at least 34 metric tons apiece of weapons-grade plutonium. According to NNSA, that's enough material for about 17,000 nuclear warheads. Construction began in 2007. The General Accountability Office has said the project is more than three years behind its 2016 completion deadline — and, at $8 billion, at least $3 billion over budget.

"South Carolina is certainly grateful to play an important role in the United States' nuclear nonproliferation efforts and for the benefits the MOX facility brings to our state, but this does not come without risk to South Carolina," Haley wrote. "The security, economic and environmental interests of South Carolina are at stake with long-term storage of these materials in our state, particularly when there is no apparent or immediate plan for its disposal or removal."

In September, Attorney General Alan Wilson warned the Department of Energy that he's prepared to sue — again — if MOX isn't made a priority.

South Carolina sued the Obama administration last year after officials said they wanted to shutter the project, citing cost overruns and delays. In its lawsuit, the state said the federal government had made a commitment to South Carolina and shouldn't mothball the effort, noting it legally couldn't use money intended to build the plant to shut it down.

The state dropped the suit several months later, when the administration committed to funding the project through that fiscal year. But in the months since, the administration has said it's searching for a cheaper way to dispose of the plutonium, like immobilizing it in glass or processing it in different kinds of reactors.

It's unclear what Congress' upcoming budget would allocate for MOX. House Speaker Paul Ryan said Tuesday morning that agreements on a $1.1 trillion government-wide spending bill would be released later in the day.